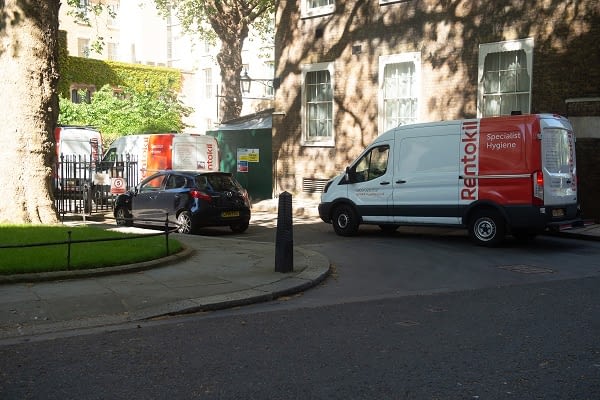 Transport for London (TfL) is moving forward with plans to increase the level of the penalty charge for road contraventions from £130 to £160. Penalty charge notices (PCNs) are issued to the small number of drivers who fail to follow the rules on London’s network of red routes, putting the safety of themselves and other road users at risk and causing disruption and delays on some of the capital’s busiest and most important roads. The penalty charge will still be reduced by 50 per cent if paid within 14 days and increased by 50 per cent if paid after 28 days.

Overall, there has been a 26 per cent increase in the number of PCNs issued for parking, loading, bus lane and moving traffic offences between 2016 and 2019. The penalty charge level increase is being introduced to deter contraventions of the road rules and support TfL’s Vision Zero aims to reduce road danger, improve public transport reliability and increase active travel.

London’s red routes are roads managed by TfL. They make up five per cent of roads but carry 30 per cent of the capital’s traffic. Red routes exist to allow traffic to move safely and efficiently along some of the busiest roads in London. Stopping is generally prohibited on these roads, outside of designated locations and times clearly marked by signs. Failing to follow the rules and signs at junctions creates safety risks, disrupts traffic and creates congestion for everyone. Vital deliveries can be obstructed and buses and the emergency services can be delayed.

Increasing the level of the penalty charge is about improving compliance, not penalising drivers. It should deter motorists from contravening essential rules and safety restrictions. PCNs are an important way of encouraging road users to follow the rules of the road and are only issued to the small number of drivers who contravene these rules. PCNs can be issued for contraventions such as:

Parking illegally in loading bays
Blocking yellow box junctions
Making a turn where this movement is banned, which creates risk for people walking and cycling
Driving or parking in a bus lane
Stopping on the red route
The cost of a PCN for contraventions on the red route network has not increased for more than ten years. The last increase was in April 2011 when it rose from £120 to £130. TfL’s increase to £160 is in line with inflation since the last increase. The increase will also bring the charges in line with the penalties for non-payment of the Congestion Charge and the Ultra-Low Emission Zone, which are also currently set at £160. Any revenue raised through these penalty notices is invested back into London’s transport network, which includes investing in its road network to improve safety for all road users.

Siwan Hayward, TfL’s Director of Compliance, Policing, Operations and Security, said: “We are committed to keeping London moving safely and efficiently, and compliance on the Transport for London Road Network is essential in achieving those aims. Non-compliance impacts London’s air quality, creates safety risks, disrupts traffic and creates congestion for everyone. Increasing the penalty charge for contraventions on our road network in line with inflation will provide a more effective deterrent to drivers and improve the safety and reliability of the network.”

Reducing danger on the capital’s transport network is a top priority for TfL. In March 2020, TfL introduced a 20mph speed limit on all of its roads within the central London congestion charging zone as part of its Vision Zero commitment to eliminate death and serious injury on the capital’s roads. TfL is now working to lower speeds on its road network in inner and outer London, including on the inner ring road, high-risk roads and roads in town centres.