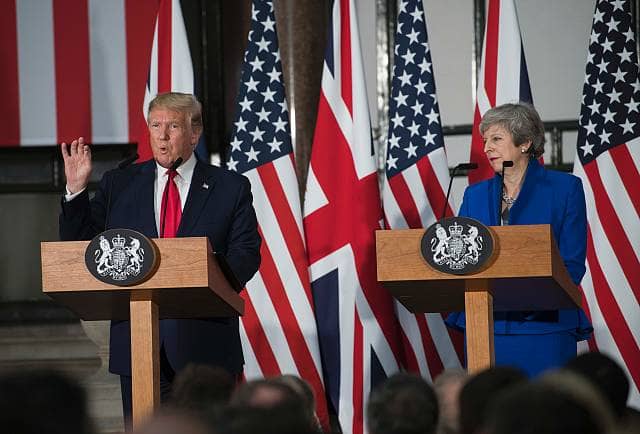 President Donald Trump said in an exclusive interview with Good Morning Britain host, Piers Morgan on the NHS that he “would not consider part of trade.”

On Tuesday in a joint press conference with Theresa May President Trump said that the NHS would be “on the table” as part of a “phenomenal” UK-US trade deal.

He said, “I think everything with a trade deal is on the table.

May responded to journalists and said, “The point in making trade deals is of course that both sides negotiate and come to an agreement about what should or should not be in that trade deal for the future.”

In a major U-turn Trump told Morgan, “I don’t see it being on the table. Somebody asked me a question today and I say everything is up for negotiation, because everything is.”

Adding, “But I don’t see that as being, that something that I would not consider part of trade.