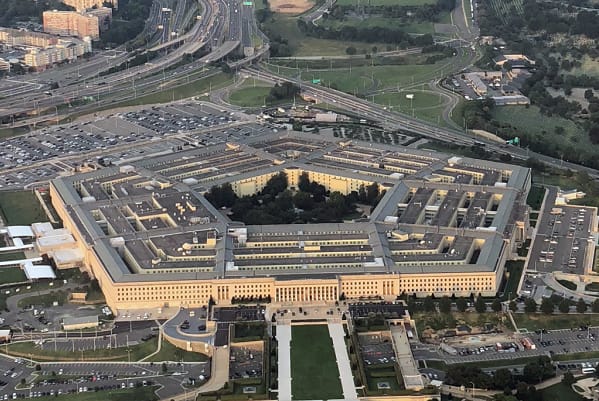 The Pentagon which is the US Department of Defense (DoD) headquarters has finally admitted they do investigate UFOs.

In a statement exclusively to the New York Post a spokesman for the DoD said a Top Secret government initiative called the Advanced Aerospace Threat Identification Program (AATIP) “did pursue research and investigation into unidentified aerial phenomena.”

Despite the DoD saying the AATIP programme was closed in 2012 Christopher Sherwood, spokesman for the DoD said they still investigate alleged UFO sightings.

He said, “The Department of Defense is always concerned about maintaining positive identification of all aircraft in or operating environment, as well as identifying any foreign capability that may be a threat to the homeland.

“The department will continue to investigate, through normal procedures, reports of unidentified aircraft encountered by US military aviators in order to ensure defense of the homeland and protection against strategic surprise by our nation’s adversaries.”

Pope said, “Previous official statements were ambiguous and left the door open to the possibility that AATIP was simply concerned with next-generation aviation threats from aircraft, missiles and drones, as skeptics claimed.

“This new admission makes it clear that they really did study what the public would call ‘UFOs.

“It also shows the British influence, because UAP was the term we used in the Ministry of Defence (MoD) to get away from the pop culture baggage that came with the term ‘UFO’.”

A “Top Secret” video dating back to 1985 has been leaked by a former Pentagon official only known as “Person X.”

According to Rumble this Top Secret video clip is just one of many hundreds of videos that were associated with the “Advanced Aerospace Threat Identification Program.”

The video shows an alleged “hostile UFO” of “extraterrestrial origin” taking down a plane on 26 October 1985.