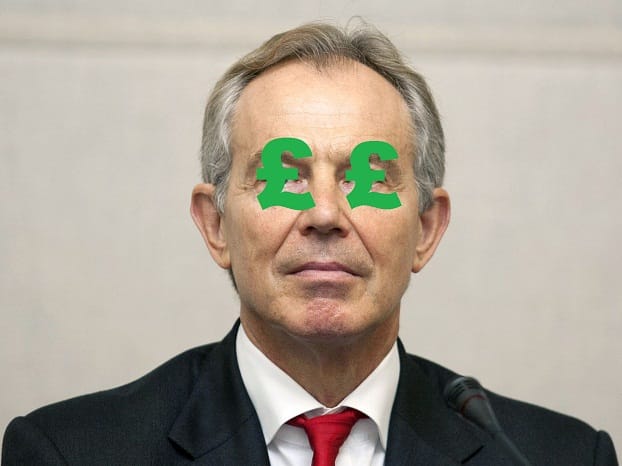 Tony Blair’s is laughing all the way to the bank after profits for his two companies triples in the last year.

Latest accounts for the former prime minister’s company Windrush Ventures Ltd show that turnover is up by more than a third to £19.4m and profits trebled to £2.6m.

The company paid generous salaries too, with the average staff salary increasing by almost £35,000 to £103,791.

His other company, Fireruch Ventures, reported a £10m turnover too.

A statement on the Office of Tony Blair website read:

“As we stress every year, the financial results released today do not present the overall profits of either of the Windrush or Firerush businesses,” said the statement.

“Instead they present the operating costs of the businesses, and additional sums that may be held back in corporate reserves for investment in future years.

“As the business continues to grow, Windrush has increased its turnover from £14.2m in 2014 to £19.4m in 2015 in order to set enough aside to cover operating costs and planned investment.”