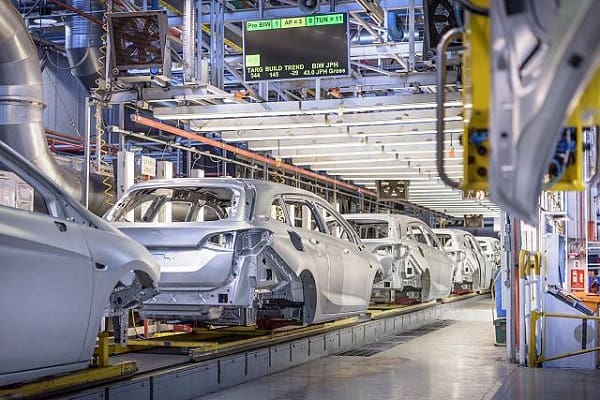 Britain’s biggest new car discounters have been revealed ahead of the introduction of the new ‘20’ registration plate on 1 March, with Citroën dealers offering the biggest cash discounts on average, but with the Fiat Tipo attracting the biggest individual percentage discount, with close to 30% available off its RRP.

Exclusive research by Britain’s leading consumer champion and new car buying platform What Car? which guarantees shoppers on its website at least these savings found Citroën dealers are slashing prices by an average of 16.44%, meaning buyers save an average of £4431 on a new Citroën.

The research also revealed that many manufacturers have significantly increased new car discounts ahead of this year’s March plate change. The average new car discount this year is 21.82% or £840, greater than during the same period last year.

Shoppers using What Car?’s new car buying platform will save on average 8.99% when buying their car ahead of the March plate change, with new models discounted by an average of £3199. The biggest discount saving on offer is for the ageing Fiat Tipo family hatchback, which is available with up to 28.66% off its list price.

According to What Car?’s Target Price mystery shopper data, nine brands in the UK are offering new car buyers more than 10% off the list price ahead of the plate change*. These include premium manufacturers BMW and Mercedes-Benz, and one of Britain’s most popular brands, Volkswagen.

Some of Britain’s most popular vehicle segments, including SUVs, feature among the biggest-discounted models. The Nissan Qashqai family SUV in N-Connecta trim, for example, is offered with more than 21% off the list price by dealers. Across all models, Seat and Nissan retailers were found to offer the second and third best savings, with discounts of 15.56% and 14.11% on new models respectively.

Plate change months of March and September typically see the highest registration figures for the year. Last March, more than 458,000 new cars were registered in the UK, compared with just 81,959 in February 2019.

Steve Huntingford, editor of What Car? said, “The months leading up to March often see buyers doing their homework before signing on the dotted line. Our latest Target Price research shows new car buyers can save on average 8.99% when they buy through What Car? New Car Buying. What’s encouraging is that some of the most popular models on the road are being offered with very high discounts, exceeding 20% in some cases.

“Our research also suggests manufacturers are responding to the general dip in sales, with discounts this year nearly 22% higher than last year. That makes it a great time to shop for a new car.”

Dacia, known for its value focused vehicles, was found to offer the lowest discounts of the 34 brands sampled, at just 0.93%. That equates to an average saving of just £117 per car.