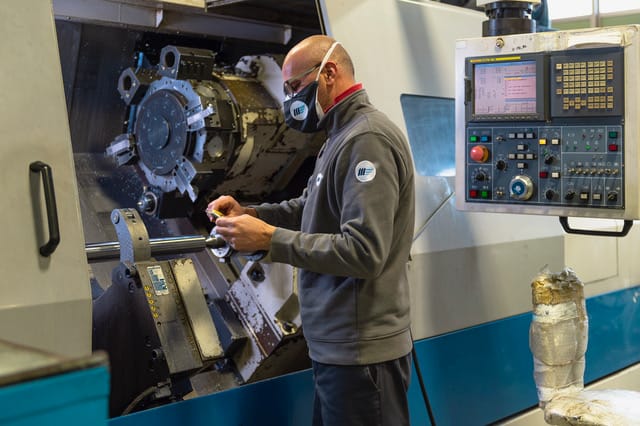 Made in Italy: Magnaghi Aeronautica (MA Group) is thriving in the aeronautics industry

During the Euro 2020 finals, the British city of Bedford (also known as “Little Italy”) has turned into a big party as Italy won a place in the championship’s final. The town has been nicknamed like that since the 1950s, when many Italians moved to work in the brickworks industry of that region. Since then, Italian expats and British locals share the same passions made in Italy: soccer, food, and good wine.

But these are not the only areas where Italian excellence has been thriving for the past centuries. The city of Naples, for example, has achieved international recognition for the great job done by local tailors, known for their abilities in customization. This has also extended to the aeronautics industry, as the Neapolitan company Magnaghi Aeronautica (MA Group) wins the world with their highly technological and efficient personalization processes.

Founded by Paolo Graziano, who is also the CEO of the company, Magnaghi Aeronautica (MA Group) has all these achievements precisely because it is an Italian enterprise. It is the Italian resourcefulness and their technical skills and technological research which have put this midsize company in a good position to compete with enormously large international companies.

Still, success does not come only with technique. Graziano argues that human capital is essential for Magnaghi Aeronautica (MA Group). “Technology without the competence of the technician to supervise it is useless,” says the CEO. “We not only have engineering technologies and processes that represent the state of the art in our sector, but also highly qualified technicians.”

Like in the case of the Neapolitan tailors, Graziano says that his clients come to them to make their own tailored “suit”: “We develop technologies, procedures and strategies tailored to the specific needs of our customers.” The CEO also adds that this is what makes Magnaghi Aeronautica (MA Group) competitive in comparison to large multinationals, which have a highly standardized production process and therefore not as flexible as his.

As innovative and zeitgeisty as Magnaghi Aeronautica (MA Group) is, the company could not ignore some of the most important, contemporary issues such as the case for climate change. This is to say that the company is working in complete alignment with environmental sustainability goals. “This is no longer a choice, but a duty. Committing to safeguarding the planet means respectiv future generations by giving them a healthy ecosystem,” stresses Graziano.

The entrepreneur affirms that the MA Group Landing Green project is an example of what they are doing in this sense. “The project includes a series of initiatives aimed at improving not only recycling, reuse and energy saving but also making the concept of sustainability its own,” tells Graziano. The CEO also mentions that the research and development teams are working on innovative solutions and technologies that are “as green as possible.”

When it comes to their readiness to respond to crises, it is the Covid-19 pandemic which makes a good example for their adaptability. Graziano says that while the aeronautics sector was affected by the pandemic, Magnaghi Aeronautica (MA Group) has turned the crisis into opportunity: “Remote working was set up in record time. It had never been done before and at the same time we implied very strict protocols to manage the entries to the company.”

In spite of all the difficulties that came with the pandemic, Magnaghi Aeronautica (MA Group) did not lose market share during these past two years. Graziano attributes such an achievement to the commitment and efficiency of his employees: “Despite everything, in moments of crisis we are able to give our best. We have the ability, perhaps dictated by our Neapolitan soul, to make the impossible possible.”

Magnaghi Aeronautica (MA Group) is a company specialized in the design, certification, production and marketing of landing gear systems, equipment, hydraulics and electronic systems, as well as systems for aeroespacial use. Since its founding in 1936, the company has been known as synonymous with excellence in the aeronautical sector.

Throughout these years, Magnaghi Aeronautica (MA Group) has conquered the international market despite being a midsize enterprise. With three offices in Italy, two in the United States and one in Brazil, Graziano’s company is taking its deep roots to look to the future and challenge it.