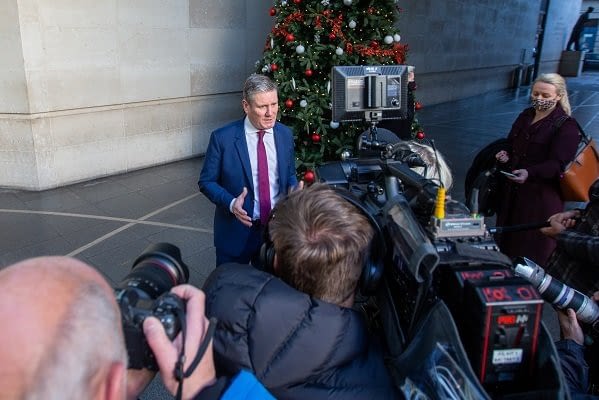 An image has appeared which shows Labour leader Sir Keir Starmer drinking a bottle of beer with “staff at a workplace meeting last year.”

Senior Tories have jumped on this and accused Sir Keir of being an “absolute hypocrite” as the Downing Street row intensifies.

The image was captured in May 2021 when England was in step two of the lockdown exit roadmap, which said at the time indoor mixing between households was not allowed, unless it was for work purposes only.

A Tory source told The Telegraph, “Sir Keir has spent the past two months criticising people for doing the exact same thing he’s been doing himself. He is an absolute hypocrite.”

However, a Labour spokesperson said, “Keir Starmer was in the workplace, meeting a local MP in her constituency office and participating in an online Labour Party event.

“They paused for food as the meeting was during the evening. No rules were broken.

“There is simply no comparison between standing in a kitchen having something to eat between meetings, with multiple, flagrant rule breaking drinks parties at the heart of government, dismissed by lies at the despatch box and resulting in an apology to the Queen.”