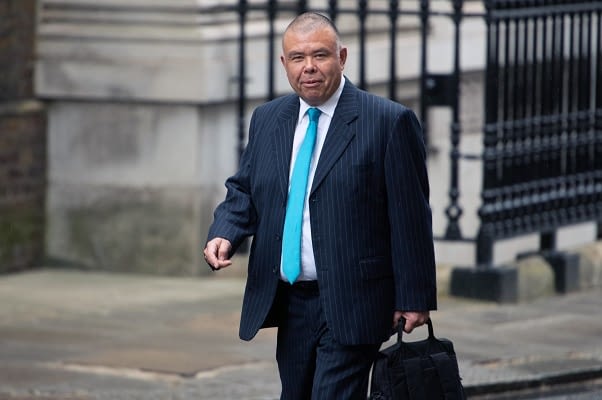 Professor Sir Jonathan Van-Tam is to leave his role as England’s deputy chief medical officer at the end of March.

Sir Jonathan will return to the University of Nottingham to join the executive team and lead the renowned faculty of medicine and health sciences as its next Pro-Vice-Chancellor.

The Health Secretary said it has been an “honour” to work with the “national treasure” and Sir Jonathan has been on secondment from the University to the Department of Health since 2017.

Javid tweeted, “It has been an honour to work with JVT and I am hugely grateful for his advice & the vital role he has played in our vaccination programme. I wish him all the best for the future at @[email protected]”

Sir Jonathan, who has gained public affection for his use of analogies to explain coronavirus, said, “My time as DCMO has been the most challenging of my professional career, especially the Covid response.

“We all wish Covid had never happened. Notwithstanding, it has been the greatest privilege of my professional career to have served the people of the UK during this time.

“I want to pay tribute to (chief medical officer) Professor Chris Whitty, the CMO team, my fellow scientists, public health professionals and clinicians whose support, wisdom and energy has been inspiring.

“There are countless numbers who work behind the scenes – all of whom have an unrelenting commitment to help and support the British public. It has been an honour to work with them all.”

Javid said in a statement, “JVT’s one-of-a-kind approach to communicating science over the past two years has no doubt played a vital role in protecting and reassuring the nation, and made him a national treasure.

“I pay tribute to his relentless work ethic, sense of public duty and leading role in our incredible vaccination programme – on behalf of DHSC (Department for Health and Social Care) I wish him the best of luck on his return to the University of Nottingham.”

Professor Whitty said, “Professor Van-Tam has been an outstanding DCMO and public servant.

“I am profoundly thankful for his steadfast support, advice, leadership and commitment. His communication of public health advice and science has been remarkable.”

“I am delighted that Jonathan is returning to Nottingham to join our executive team and lead our renowned faculty of medicine and health sciences as its next Pro-Vice-Chancellor.

“His academic and leadership expertise is second to none, and the integrity that he has demonstrated in his government role is fully aligned to our values.”

Employment status expert and insurance firm, Qdos, have responded to the news that a …