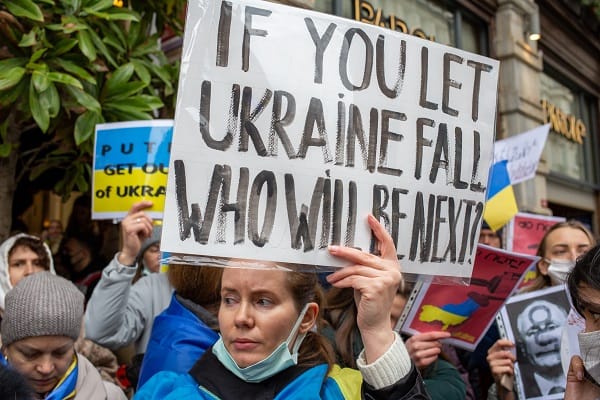 How does war affect the richest people?

Unfortunately, when there’s a war, it doesn’t matter how much money you have or what level of society you belong to. This disaster did not bypass the wealthiest man of Ukraine — Rinat Akhmetov, whose fortune until February 24, 2022, amounted to 14 billion dollars. On the 22nd, when thousands of Ukrainians took to the streets of their native Mariupol, saying that they were against Russia, the businessman supported his people and declared his readiness to help people. Unfortunately, the guesses about the Russian invasion have been confirmed and from the first days of the war Rinat, who was born in Donetsk, helps people who have lost absolutely everything. To describe a little of the horror that people feel, the wealthiest man said in an interview that people in Mariupol were melting snow to get some water. He also told a horrible story where a six-year-old girl died of dehydration. It is very hard to believe that this is happening in the center of Europe in the 21st century.

If we talk about the businessman’s fortune, it fell more than 2 times and it is not surprising, because most of his business is in the territory of the Donetsk and Luhansk regions, which are now being shelled every day by Russia. The most terrible thing that the world could see in recent times is the Azovstal plant, which also belonged to Rinat Akhmetov. This place is a symbol of the Ukrainian spirit, it was here for almost 3 months that the Ukrainian military, in a complete blockade by the Russian army, defended their hometown of Mariupol.

Despite the fact that the coal tycoon has lost a huge part of the business, he does not stop helping his people. He still pays the salaries of his employees and tries to provide the population with energy products, so that people have light. Rinat owns a huge company that accounts for a big share of the energy market inUkraine. In addition to his business, Rinat Akhmetov https://akhmetovfoundation.org/ru also pays special attention to charity. Even in his younger years, when he had no business and millions, he helped those in need. He said that charity has always been in place in his life, especially after the events in 2014, when Russia attacked his hometown of Donetsk and not only. After this horror, there were many refugees and people who were left homeless, so he began to create charities. The war in Ukraine in 2022 was no exception, the businessman has already donated more than 2 billion hryvnias to help the Ukrainian people. To date, three programs have been set up to assist the sick, those affected by the war, and children. When he was asked who should help more, Rinat answered that there was no answer, because everyone needed the same help. The businessman also said that in the future he wants to move his business to the western regions of Ukraine.