Home Business News Grenfell inferno: The Queen says the ‘UK has been resolute in the face of adversity’ 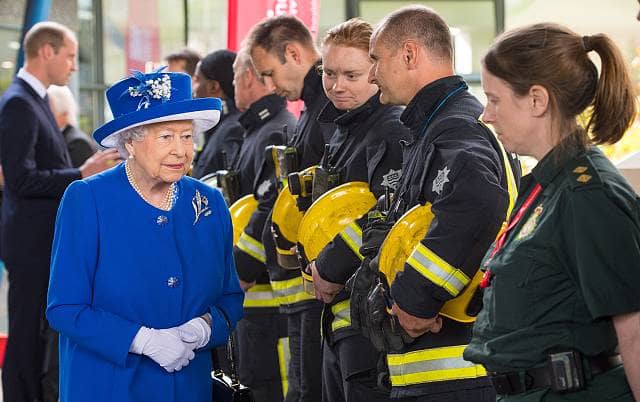 Grenfell inferno: The Queen says the ‘UK has been resolute in the face of adversity’

This is what the Queen said

A statement was released for the Queen’s official 91st birthday, the monarch hailed the UK for being “resolute in the face of adversity” and said it is “difficult to escape a very sombre national mood” following London and Manchester terror attacks.

In Saturday’s official birthday message the Queen said: “During recent visits in Manchester and London, I have been profoundly struck by the immediate inclination of people throughout the country to offer comfort and support to those in desperate need.”

She added: “United in our sadness, we are equally determined, without fear of favour, to support all those rebuilding lives so horribly affected by injury and loss.”

Friday the Monarch and Prince William visited residents at Grenfell tower and paid tribute to all the victims, the families and to the emergency services. They were greeted with a hug applause from all.