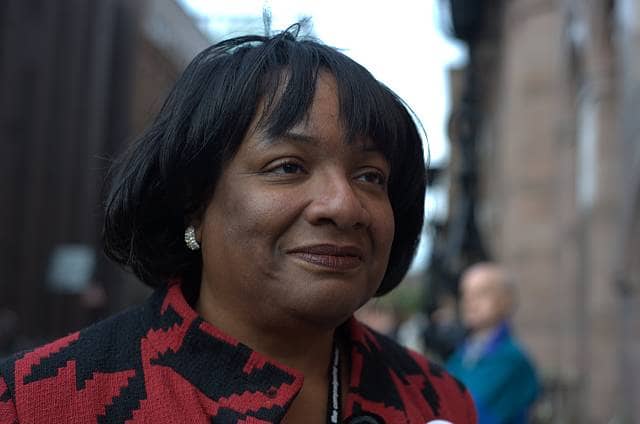 Labour’s shadow hoe secretary, Dianne Abbott has described the “mindless abuse” that she has endured over the years and has said she is often called the “n word.”

Abbott spoke out during a speech in Parliament of the abuse candidates face during election time and said that she has received “death threats” along with “rape threats” as well as being called a “ugly fat black b****.”

“And just to outline I’ve had death threats, I’ve had people tweeting that I should be hung if ‘they could find a tree big enough to take the fat bitch’s weight.

She added: “I think the rise in the use of online has turbocharged abuse because 30-years ago, when I first became an MP, if you wanted to attack an MP you had to write a letter.

“Now they press a button and you read vile abuse which 30-years ago people would have been frightened to even write down.”