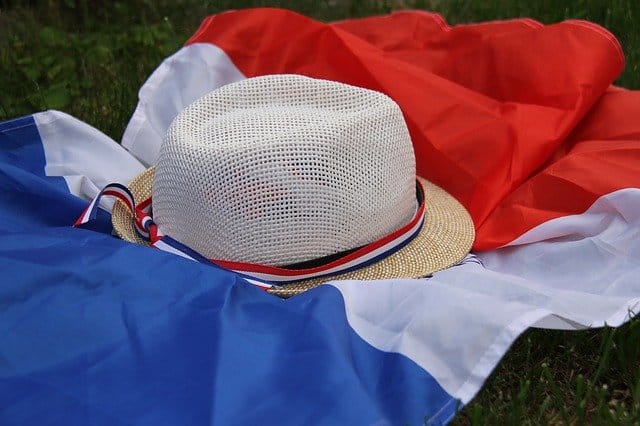 Betting tips for matchday 20 of the French Ligue 1

Another matchday is happening this weekend for the European competitions and, among them, the French League. With that, many people are already preparing their analyses and making their bets on the next matches.

Thinking about those who like some betting tips, we prepared predictions for three games of the Ligue 1 with the help of specialist in sports betting Kate Richardson. If you want to take a look at her profile you can click here.

Stade Brestois will welcome Rennes at the Stade Francis – Le Blé this Sunday. In the last match they met at this stadium, the visitors left with the three points after a 2-1 victory, back in October 2020.

Brest will head to this match after a bad 3-0 defeat against Paris Saint-Germain in the French capital. For this next game, against Rennes, manager Olivier Dall’Oglio will probably be a little more offensive, as they will be playing at home. The hosts have a good offensive sector, as they have an average of 2.11 goals a game so far in the league.

On the other hand we could say Rennes will head into this game motivated after a 2-2 draw at home against Lyon – currently top of the League. Manager Julien Stephan will probably prepare a more cautious tactical system this time, as they usually show a lot of defensive solidity when they play away.

We expect it to be a very open game with some good opportunities for both sides. The two teams have high quality attacking systems and, even though their defenses are also interesting, they will probably face some difficulties to stop their opponent’s attack all the time. Taking that into account, it is a good opportunity for btts today.

Prediction: Both teams to score: Yes.

Lille will welcome Stade de Reims at the Stade Pierre – Mauroy. The last time they faced each other was in August 2020, when Lille won by 1-0. However, the last match played by these two in this stadium ended in a draw.

In their last appointment for Ligue 1, Lille were able to get the three points after a 1-0 victory away against Nimes, which was their second win in the last three games. For this confrontation against Reims, we believe manager Christophe Galtier will keep things the same, focusing on an organized team. Keep an eye on Burak Yilmaz, Lille’s top scorer with 9 goals.

Reims also got the three points in their last game after a 3-1 win at home against Saint-Etienne. They are now 5 games in a row without losing and they want to keep it that way. Against Lille, manager David Guion probably won’t change much, playing with three men in the attacking field. Their highlight for this match is Mathieu Cafaro, who is a very important player for the construction of opportunities.

As both sides have attacking systems with good quality of finishing, we believe it will be a very open game. Lille will probably dominate the ball possession, because of their style and the fact that they are playing at home, while Reims will focus on counterattacks. Once again, a good chance for BTTS.

Prediction: Both teams to score: Yes

The leaders of Ligue 1, Olympique Lyon, will welcome Metz at the Groupama Stadium. Their last match was in December 2020, when Lyon got a 3-1 victory at Metz’s ground. At this stadium, the last game between these two was in 2019 and it also finished with a victory for hosts.

Lyon’s last result in the league could be better. Playing away from home, they only shared points with Rennes after a 2-2 draw. However, they are now 6 away games in a row without losing. For this confrontation against Metz, manager Rudi Garcia will probably go back to maintaining the ball and creating chances, but also using counterattacks when it is possible. Memphis Depay is the highlight of this team with 11 goals scored.

Metz also shared points in their last match, after a 1-1 draw at home against Nice. They are now 3 games in a row without winning in the French League. They know that this trip to Lyon won’t be easy and that is why we believe manager Frederic Antonetti will probably choose a more defensive team, trying to focus on counterattacks to surprise the hosts. One of the highlights of the team is Aaron Leya Iseka, who scored 2 goals so far.

Taking a look at all the facts, it is possible to notice that Lyon is the great favorite to win this match. The bookmakers also think that, once the odds for the hosts to win are really low. That is why it would be a good option betting on handicaps, as the odds are more interesting there.

Want to find the best bookmakers to place your wagers in the French Ligue 1? Check MightyTips out. They have a team of specialists who analyze all the bookmakers and help you choose the best one for you.