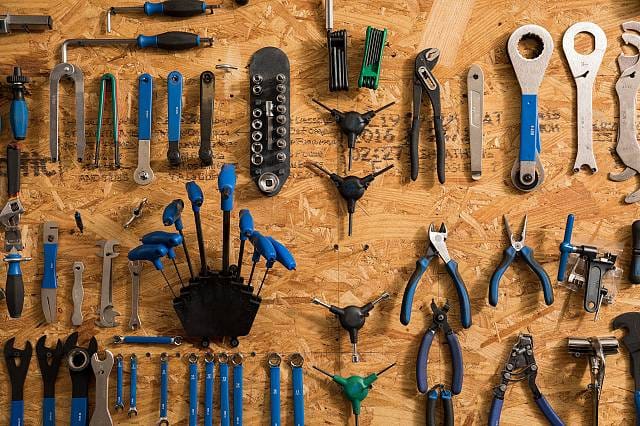 Tradespeople across Britain have been struck with a rise in tool thefts as they battle an increase in van break-ins and use of high-tech electronic key fob thefts, according to insurance provider Simply Business.

The average value of theft claims processed by Simply Business has risen to £1,692, according to the business insurance provider, which covers 135,000 tradespeople in the UK and has been monitoring a rise in tool theft since 2012.

This reflects the trade community’s growing concerns over the safety of their equipment, as the Office of National Statistics this January reported an 18 per cent rise in vehicle-related thefts overall for 2017.

In March, tradespeople in Plymouth marched in protest at a sharp increase in van tool thefts – thetotal costs of tool replacement, lost time and damaged client relationships all adding to the toll on tradespeople.

Previously, thieves used the ‘peel and steal’ method, in which they use their knees to apply pressure to van doors, before pulling them open from the top.

Thieves increasingly employ new, cunning methods of targeting tradespeople, as Simply Business reports an increase in the use of electronic key fobs, available for as little as £30 on Ebay and Amazon.

These are used to open vans, without the need to break and enter, allowing higher value tools to be stolen and leaving insurance claims harder to prove. This method involves two criminals – one who intercepts the signal from the key fob, and another who uses the replicated key fob signal to open the car.

Simply Business surprisingly found July was the month with the highest number of tool thefts. Going against the typical association of thefts happening in winter and showing an increase in brazen thieves who use key fobs to steal from vans in broad daylight without attracting attention.

Tradespeople should be on their guard on Mondays, as this day of the week remains the most likely time for thefts, seeing the biggest weekly spike in thieves’ activity.

Surprisingly, Chelmsford, Tunbridge Wells and Reading made the top ten list of places for tool thefts – with over one in ten Simply Business customers in Tunbridge Wells making a claim last year.

The top ten towns and cities by number of claims in 2017, are:

“Tool theft remains one of the number one issues affecting hard-working tradespeople across the country. Over the last year, we’ve seen an average of at least two or three tool theft claims every single day. Stolen tools can be devastating – beyond the financial loss, it takes away tradespeople’s ability to carry out their work, leading to loss of time and negatively impacting customer relationships too.

“In 2016, a ‘peel and steal’ craze affected thousands across the country – now we are witnessing new and more advanced ways for thieves to target high-value items, which is a worrying trend. Electronic key fobs can be easily purchased for next to nothing online, leaving thousands of tradespeople vulnerable to theft.

“We hope that by continuing to spotlight this issue, while offering advice and protection, tradespeople can equip themselves with the necessary knowledge to prevent or limit damages from this fast-growing problem.”

“Last year, thieves stole nearly £8,000 worth of tools from my van in the middle of the night. I saw them on CCTV break into my van an hour before I got up to leave for the day’s work. They broke in using an electronic key fob that can be bought for next to nothing online – and it’s hard to protect yourself against something like that.

“Luckily, my insurance had me covered from a financial perspective, but the impact was absolutely devastating. It’s not just the financial concerns, it’s also the mental stress of having your livelihood threatened and the worries about letting customers down. Tradespeople in the UK need more support to help protect themselves – it’s far too easy for thieves to get away with it!”