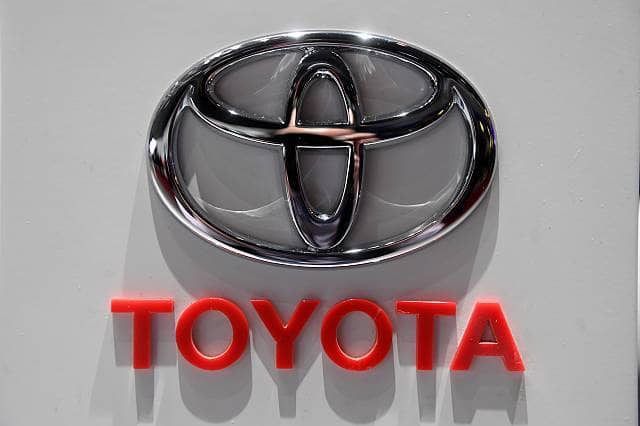 Top facts about Toyota that you need to know

80 Years ago the car company Toyota was founded by Kiichiro Toyoda. Famous for producing some seriously stylish and reliable vehicles, OSV wanted to celebrate the company’s 80th birthday by sharing some of the most interesting facts they could find.

The Toyota Motor Corporation was founded in 1937, and was a division of the Toyoda Automatic Loom Works. While they are known (and famous) for their cars, they are still in the textile business.

The spelling of the name of the car company was changed to Toyota because when written in Katakana, it only takes eight strokes to write. The number eight is a sign of luck and good fortune in East Asian cultures.

When Kiichiro Toyoda, who was the son of the founder of Toyoda Automatic Loom Works, first started to plan the Toyota cars, he originally got his ideas from the United States of America. He travelled there in 1929 so that he could get a better understanding of the way in which cars were manufactured because the war with China meant that Japan needed to start producing their own vehicles. This is why the early Toyota’s are very similar to the Dodge Power Wagon and Chevrolet in terms of appearance.

At the time of the Korean War, Toyota was on the brink of total bankruptcy, and by June 1950 it has only produced 300 trucks. However, in the first few months of the Korean War, the USA ordered over 5,000 vehicles from them, which saved the company.

In 1957, they became the first Japanese manufacturer to compete in motorsports by taking part in the Round Australia Rally. This is because Toyoda believed that motorsports are the foundation of the evolution of car manufacturing, and the progression of the automotive industry as a whole. Now, 60 years later, Toyota still participate, and the reason remains unchanged.

On the Road and in the Factory

Toyota is a very popular brand. In fact, there are more Toyota’s on the road than any other vehicle, and their durability is clear through the fact that 80 per cent of the Toyota’s that were sold 20 years ago are still active and on the roads today.

They have one of the most varied lineups of any automotive manufacturer, with nearly 100 different models that vary widely between different regions of the world. They’re also the first motor company to produce over 10m cars in one year alone, which they accomplished in 2013.

Since 1996, Toyota has manufactured and sold a Corolla every 37 seconds on average. However, in 2013, this rate increased to an outstanding 27 seconds on average, showcasing the popularity of this model. In fact, the Corolla has over $40m in sales, which makes it the bestselling car of all time – a title it earned in 2012.

Fortune magazine named Toyota as one of the “World’s Most Admired Companies” in 2017 for the third year in a row. It was also named the Number One Motor Vehicle Company for the third consecutive year, two titles that it is very proud to hold. Considering their annual revenue is more than Honda’s and Nissan’s combined, it is no surprise to see that they are held in such acclaim.

Toyota is among the world’s 50 smartest companies, according to the MIT Technology Review, which gave high marks for the new Mirai and for the Toyota Research Institute. Toyota was one of only two automakers to receive this distinctive award. They also hold over a thousand patents, which is a record number.

However, they are not all about the money. Toyota has given away nearly $700m in philanthropic contributions, helping to better the lives of people across the world. Not to mention the number of jobs they have created, with over 365,000 in the USA alone. Every hour, they invest $1 million in research and development across the world in their bid to create better and safer cars for their customers to use.

Thinking of the Future

Toyota is the first manufacturer of cars to sell a hydrogen fuel-cell car on the commercial market in the form of Mirai.

There are now ten million hybrids across the world that have Toyota’s unique hybrid motor, all of which span across a range of different models of SUV and passenger vehicles.

Unlike conventional batteries for cars, which need to be replaced, the Toyota hybrids never need to have the battery changed. The motor runs on a special lithium ion battery that will last as long as the vehicle – reducing your long-term costs and creating a much smaller impact on the environment.

Looking further ahead, Toyota is also supporting the development of a flying car that is planning to be used to help light the Olympic flame at the opening ceremony of the Tokyo 2020 Olympics. If this succeeds, it could spell another breakthrough for this creative and innovative company.