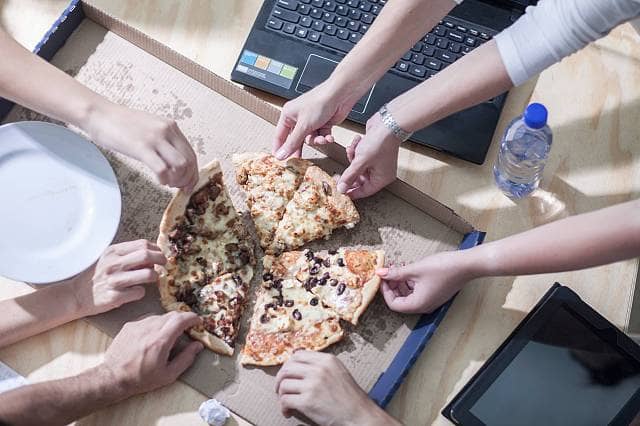 When it comes to work there is an attitude that if we work hard enough and long enough, we will succeed.  But are we busy doing the right things or are there smarter ways to conserve our energy and succeed?

A survey conducted by People Management Software company BrightHR suggests it may be the latter as it revealed that British workers spend over five hours a day battling through work emails, two hours attending meetings that only 44 per cent of workers found useful and wasting on average three hours of the working week due to inefficient systems and processes such as using paper based-files instead if cloud-based software.

In light of these results, BrightHR has a created a guide titled the ‘The Lazy Manifesto’ and outlined a potential solution – to work lazy.

So take a tea break for a minute and read the top four strategies to work lazier by BrightHR Head of Digital Experience Anneka Burnett:

1. Always ask yourself ‘why’

For many workers, the answer would be no, as it seems we’ve become deeply rooted in the traditional ways of working. Accepting meeting requests without a second thought, working a standard 9-5 day without considering flexible working and sticking to time-consuming, outdated paper-based processes. All these tasks take up time and keep us busy. But how much of this time is wasted time?

It’s suggested that a third of all meetings are unproductive (Occupational Digest, 2015) and that it can take up to 23 minutes to refocus your attention after distractions such as checking emails (University of California Irvine, 2015). So why do we continue to stick with the status quo? We need to ask ourselves ‘why’. Why am I accepting this meeting request, am I actually needed in the meeting and what is the intended outcome?

Why am I checking my emails constantly; can I limit emails to an hour a day? By asking why, we can start to find better ways of working, to challenge the conventions and to start to work lazy.

2. Be prepared to say no

Value can mean different things to different people. One person may see a conference as a valuable opportunity to bring in new business or to network. Others may see more value in the opportunity to learn. Or there may be a combination of both. The value you get out is important and is the cornerstone of the Lazy Manifesto. If you don’t see value in something, you need to find a way to do less of it, or ideally get rid of it altogether.

That’s not to say you can avoid everything you find boring. It’s about finding the easiest way to get the job done so you can concentrate on the most important things. To do this successfully, however, requires one key thing: to learn to say no. This may seem counter-intuitive at first, but our eagerness to say yes to everything is actually holding you back.

By saying yes to everything, you take on tasks that add no value and prevent you from focussing on the ones that do. If you have weighed up the value, thought through the effort vs. reward and found that the task is not worth the time, you can be confident that you have good grounds to reject it.

3. Give yourself a break

When you work lazy you free up time to learn, to develop yourself, to attend conferences and most importantly you give yourself time to think. Giving yourself a break is essential not only for your well-being but it’s also when your most creative thinking happens when you start to make connections, and when you start to formulate the ideas that will take your business to the next level.

And there’s science to back it up. Studies show that 72 per cent of people get creative ideas in the shower (Kaufman, 2016) and that a person’s creative output increases by an average of 60 per cent when walking (Stanford, 2014). So when you need to solve a problem or need to get creative, allow yourself a break.

4. Stop trying to be a hero

If you want to work lazy then it’s essential that you take some of the pressure off both your staff and yourself; lead by example, don’t micromanage everything. Trust is a big factor in this. Do you trust your team to get on with the work? If you do then set the objectives, let them get on with the work and drive value for themselves.

Even if you’ve done it a thousand times before, and know you can do it quicker, it’s important you don’t step in as it’s the best way for the team to develop and learn by doing. There also needs to be trust that your employees can come to you when they have issues.

Maybe they have an interest in a certain area of work and want to take it on. By having this trust it means employees feel confident in approaching you with any concerns and are more likely to feel valued and stay with the company for the long term. So help your team, lead by example, work smarter and help them work lazy.