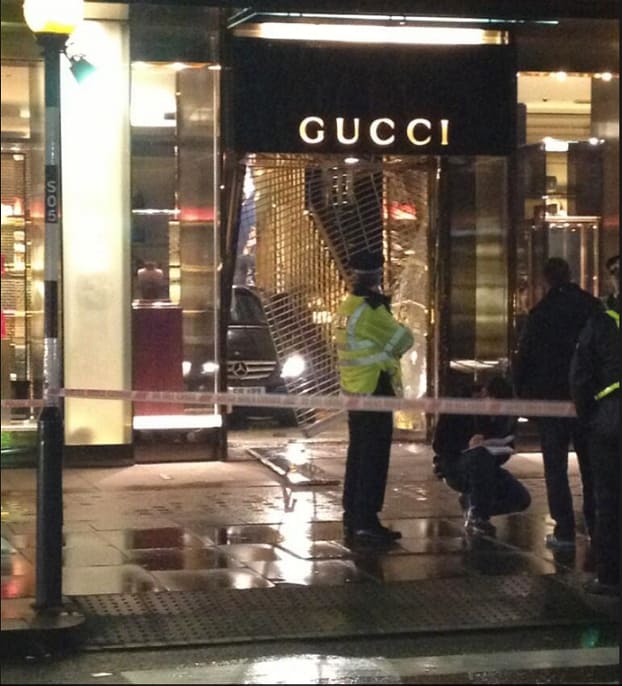 At around 9.50pm, the vehicle, which is believed to be stolen, reversed into the Sloane Street store breaking the metal security gate.

The raiders are believed to have stolen 50 handbags worth £40,000 before escaping in a blue Audi A4.

Eyewitness Layla Al-Naif, who was at the scene, tweeted: “Someone crashed into the Gucci store on sloane street, and left the car there. Has anything new happened?”

Investigating officers from Kensington and Chelsea CID said there have been no arrests.