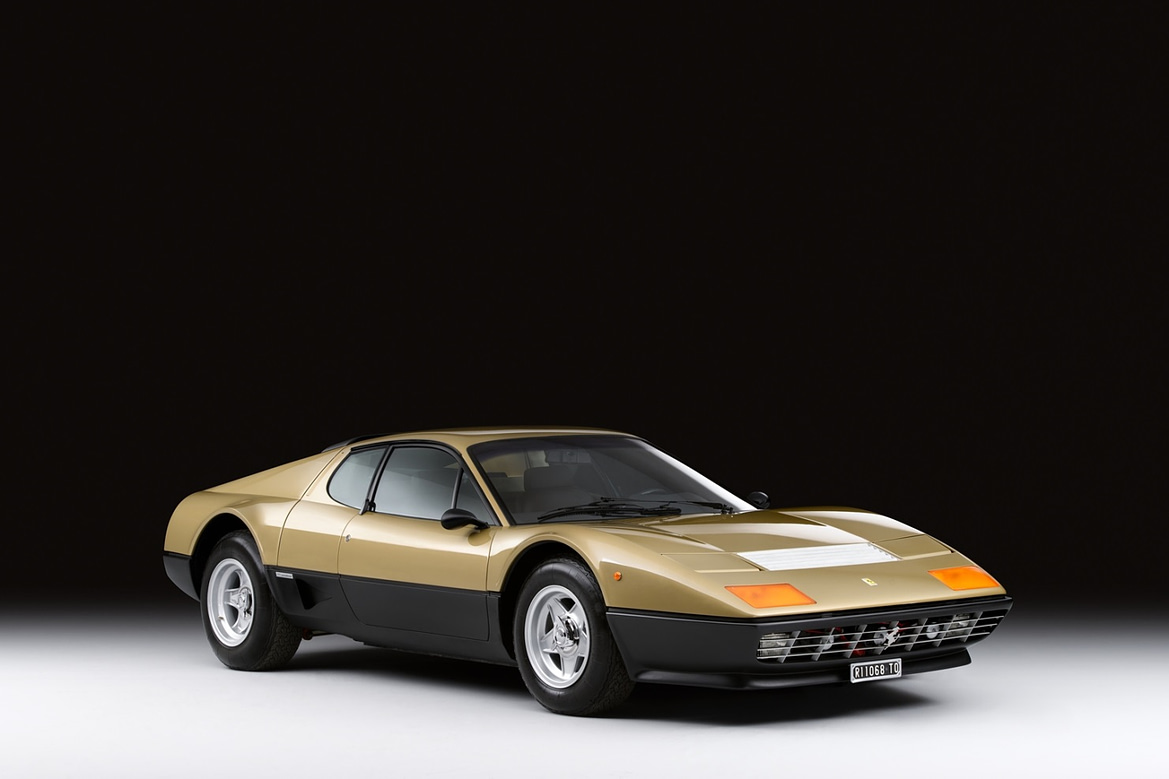 One of a kind gold Ferrari set to dazzle in auction

In October, a dazzling one-of-a-kind metallic gold Ferrari will be offered as a highlight of The Midas Touch – Sotheby’s first ever auction dedicated entirely to gold. Fully restored, and uniquely combined with a Testa di Moro, chestnut brown interior, the 1977 Ferrari 512 BB, will come to the market with an estimate of £350,000 – 450,000.

One of only four Ferrari 512 BBs painted in this shade of gold, dubbed Oro Chiaro Metalizzato, and the only one to leave the production line with its interior trimmed in Testa di Moro brown leather, the car, which will be offered by RM Sotheby’s, is certainly one of the very rarest to come to auction.

Paul Darvill, RM Sotheby’s Car Specialist said: “We are delighted to offer the exquisite gold Ferrari 512 BB in Sotheby’sThe Midas Touch sale. The overall effect of the car’s unique colour combination of gold over a brown leather interior is both stunning and quintessential of its period. The car has had a wonderful restoration and is perhaps one of the most desirableBerlinetta Boxers available to the market anywhere in the world.”

Constantine Frangos, Head of The Midas Touch sale added, “This Ferrari really encapsulates the excitement, luxury and pure extravagance associated with gold, and we’re delighted to have such a show-stopper lot in our very first gold sale. The uniqueness of this car makes this a fantastic opportunity for collectors, and car enthusiasts alike.”

The first ever online and live sale dedicated entirely to gold, The Midas Touch, will tell the story of the precious metal through the arts and the ages. A symbol of power and status over centuries and across continents, the “king of metals” has been forged to represent the divine and the sacred. Taking collectors on a journey through the great civilisations of the world, the sale will pit artists against artisans, sculptures against sacred objects, contemporary art against centuries-old texts on goldsmithing, to present an unrivalled history of nature’s most bewitching creation.

The new Ferrari Berlinetta Boxer model was first introduced to the world at the 1971 Turin Salon in response to the radical new Lamborghini Miura, heralding an important change in direction and taste from front-engine to mid-engine sports cars. Rakish, aggressive, yet elegant in styling, the new car marked a paradigm shift in Ferrari’s production cars and flat-twelve-cylinder engines would remain a fixture for the marque through to the 1990s.

Sold through Maranello Piemont S.r.l of Milano, the car was delivered new to a company in Turin in October 1977. From there, it remained in Italy for its entire life, in the hands of just three private owners. Its most recent previous owner purchased the car in 1997, by which time it had been repainted in red over a beige interior hiding its unique original colour scheme.  Upon its discovery in Turin in 2015, and in recognition of its unique status, the car was returned to Modena, Italy, to undergo a full restoration to its former glory and original colour scheme in the hands of some of Italy’s finest craftsmen.