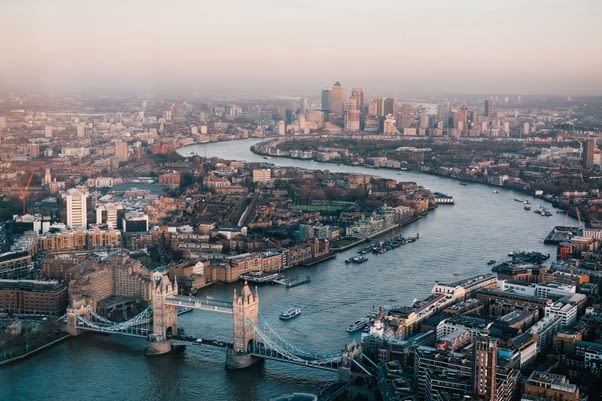 Plenty has been written about the role of diverse offerings for businesses. The concept, as it’s typically presented, centres around the power of diversification to reduce risk and volatility. While this can certainly be a benefit of the practice, it’s also worth exploring the manner in which a business can engage in many different endeavours that are connected to a central theme. Such is the case with Kuwaiti European Holding, a well-known holding company that has concentrated its efforts on bringing joy to people across the world. Read on for a look at how this manifests in the fields of entertainment, sports, and tourism.

One endeavour by the holding group that has been earning plenty of focus lately has been its work with some of the world’s most notable entertainment organisations to develop a new themed resort opening in London. The project has agreements in place with both the BBC and Paramount Pictures, provoking plenty of speculation about what the resort will feature when it opens its doors in 2024. While details on what those partnerships will look like in practice are still emerging, there’s been plenty of excitement building around which properties the entertainment companies may incorporate into the new resort.

While we wait on that information, other details about the resort itself have already come to light. According to plans, the resort will contain six different themed lands, drawing comparisons to Disneyland in California. Those lands will each have a narrative backstory built around different concepts, such as science fiction, fantasy, and even a tropical jungle theme. The varied nature of the themed lands will allow visitors to pick and choose the immersive experience with which they want to engage. It will also allow intrepid travellers to explore the many different lands all in one visit to the resort.

Along with the entertainment value presented by the business partnerships and the themes of the areas of the park, the resort will also provide access to a variety of additional exciting consumer experiences. When visitors first enter the resort, they will step onto the high street which will comprise the heart of the coming development. This area will provide visitors with the ability to experience elements of the park before they even enter the themed lands. This has drawn comparisons to both Downtown Disney and Universal Studio’s City walk.

Another element of the portfolio maintained by Kuwaiti European Holding is its ownership of Ebbsfleet United Football Club. The English club is based in Northfleet, Kent, and competes in the National League South. Founded in 1946, the club’s storied history encompasses numerous championship wins and league cups.

The club has also earned praise for the engaged presence of supporters and players both on and off the pitch. This has included a history of volunteer work from these groups which has seen supporters pitching in to help out around the stadium and club grounds. Related to this idea, honours were recently given out to this year’s supporter-favourite player, Jack Paxman, who has made a large impact on the club in his first season there. Honours were also given out at the same ceremony to supporters who have made their own impact on the organisation, including helping to form a chapter of the UK’s walking football league at the club.

As many members of the global population have turned their attention to the potential return of travel, a newfound spotlight has also been shed on the world’s emerging tourist destinations. Here again, Kuwaiti European Holding has been singled out, this time with the creation of the Aqueous Resort in Egypt. Built on the coast of the Red Sea, the resort is intended for both short-term and long-term guests to spend time in one of the world’s most beautiful natural locations.

While at the resort, visitors can enjoy an innovative outdoor design that provides plenty of opportunities for outdoor gatherings in both large and intimate groups. Swimming pools and seating areas wind through the resort grounds and natural cover provides guests with the ability to get out of the sun. Of course, the warm sunshine of the area can also be a draw to some guests, who may opt to spend time on the fine sandy beaches that stretch along the sea itself. With the beaches leading right into the well-known waters of the sea, visitors will find numerous different ways to enjoy their surroundings.

The larger area surrounding the resort also provides plenty of options for enjoyment. This includes the ability to visit local restaurants and vendors who can share the unique culture and history of the region with those who seek to learn. Outdoor excursions, such as underwater diving trips, are also a popular draw for visitors. Such trips provide the opportunity to glimpse first hand some of the wildlife native to the area, including dolphins and a varied array of fish.

Offerings as a whole

By looking at the above overview of the offerings from Kuwaiti European Holding, we can start to more fully understand how a company can find a way to diversify while still maintaining its focus on existing expertise. Though the holding group’s projects differ from each other in a variety of ways, it has still been able to maintain certain themes from one endeavour to the next.

These themes centre around the ability of the group to capture the imagination of those who enjoy its work. Whether this is done through a themed amusement park, a historic football club, or an Egyptian getaway, the takeaway is still the same. For business owners seeking a similar level of diversification in their own offerings, the holding group provides a powerful example of how to do so in an actionable and manageable way. Businesses engaged in this pursuit may want to conduct a deeper look at the group’s work to draw additional insights and make headway towards the goal of maintaining a range of quality offerings with the potential for reduced risk.