Home Business NewsBusiness How the gaming industry shook up the world 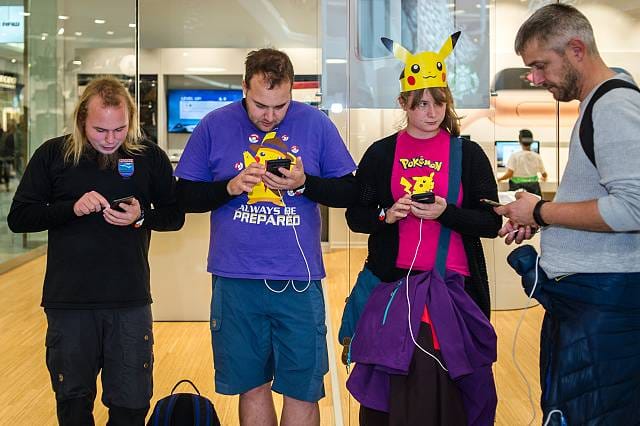 How the gaming industry shook up the world

It’s hard to imagine how quickly, in relative terms, the gaming industry has become a dominant player in the economic world. It was effectively only some 35 years ago that the first arcade game was released, and this led to developers and designers working to cash in on what they thought would be a booming market.

While arcades with multiple machines were initially the main go-to for gamers, though not as prevalent as a few years later, the introduction of personal consoles found a new market for gaming. When Space Invaders was released in 1978, it led to video arcades springing up in multiple places such as shopping centres, restaurants, and bars.

Though the industry had its problems over the years, the opportunities for gaming experiences took root in those who enjoyed these different and interactive experiences, and today you’d be hard-pressed to find anyone with access to a computer, tablet, or smartphone who didn’t play some kind of game on their device.

How did gaming become one of the world’s most profitable industries? Mainly, because it is so diverse and offers a multitude of options to attract players of all kinds and all ages.

According to research, there are some 2.2 billion gamers all over the world and many people buy state of the art gaming PCs – that’s over one quarter of the estimated world population of 7.6 billion. In 2017, these gamers are estimated to generate some $108.9 billion in revenue – a 7.8 per cent increase from the previous year. The most lucrative segment is mobile, thanks to the advanced technology powering tablets and smartphones, and this is predicted to increase as PCs and console game markets gradually decrease in favour of the mobile platforms.

The largest region for expansion is Asia-Pacific and, in particular, China with its vast population and its continuing policy of being business and tech friendly, though its government does exercise various forms of censorship over internet access.

Nevertheless, the rise in revenues from gaming for all the companies involved in developing, manufacturing, and designing these products is likely to continue to grow in the coming years and ensure that the industry not only remains as a major economic force but will also help drive more economic activity as the technology keeps moving forward.

Arcades are still fun places to go with friends to enjoy classic games and different gaming experiences, but the major focus is now on personal devices, laptops, tablets, and smartphones. It’s where revenues are continuing to develop, and though there are plenty of free games available to download, there are frequently options given to upgrade to get ad-free content. Many players appreciate this option and will pay a relatively small subscription fee for that type of access.

Solo games are a popular way of passing some time when you’re traveling and don’t always have access to the internet, but more and more people are playing interactive fantasy and sim games, effectively entering into alternative worlds that are highly realistic and mean that you can play with real people online. One of the most popular types of game is massively multiple online role-playing games (MMORPGs), where millions of gamers are involved and create scenarios and action sequences that effectively never end. Unless, of course, you’re not a very good player!

The opportunity to have a bet from the comfort of your own PC or other device has developed fast over the last few years. It used to be that the only way to play casino games such as slots, poker, and blackjack was by actually going to a casino. That’s a lot of fun, of course, and depending on where you are, you can get a great meal, have a few drinks, and watch some top entertainers.

Now you can do this all online, and an added plus is that you can also bet on sports as you live-stream action from your favorite games. Sports bets are not only easy to place when you set up an account, but they’re also easy to keep track of on your device, so you can get up-to-the-minute odds and a whole range of options for you to place that wager.

Looking to the future

The gaming industry draws in huge revenues and is constantly innovating in terms of its graphic design and what it can offer you for your entertainment. With the development of artificial intelligence and virtual reality forging ahead, gaming is set to remain on the cutting edge of tech development.