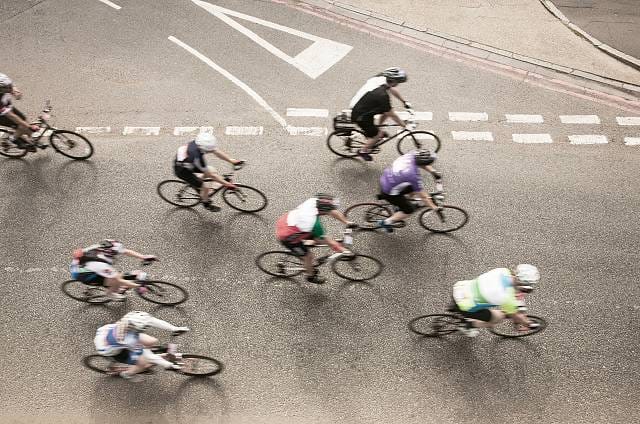 Workers who cycle to work appear to be happier

According to a recent YouGov survey commissioned by London Executive Offices (LEO), Londoners who cycle to work appear to be happier with their commute compared to those who use public transport, with 91% agreeing that their commute is acceptable.

Cyclists are 20 per cent more likely to find their commute to be acceptable than those travelling by public transport, with over 90 per cent (91%) of those who cycle to work in London agreeing to the sentiment. With eyes on the road rather than on emails, over half of cyclists polled (53%) agreed that the time they spend commuting allows them to achieve a better work life balance, compared to a third of bus (35%), train (29%) and tube users (34%).

All this adds up to a good day in the office – only 27% of those who cycle to work felt that the length of their commute impacted negatively on their productivity at work, compared with 40% of those who use the tube. They also agreed the most among those polled that there is an enjoyable social element to working in an office (74%), rather than from home.

Commuters are being encouraged to take to two wheels this Bike Week (9-17 June), which aims to demonstrate how cycling can be incorporated not only into your commute, but into everyday life.

Beth Hampson, Commercial Director at LEO, said: “London is an incredibly well-connected city, with our portfolio of prime-location offices across London situated no more than 200 metres from a Santandar Cycle docking station. We encourage not only our customers, but everyone who would like to take up cycling, to make the most of London’s dedicated cycle lanes, bike ranks and cycle-friendly park routes this Bike Week.