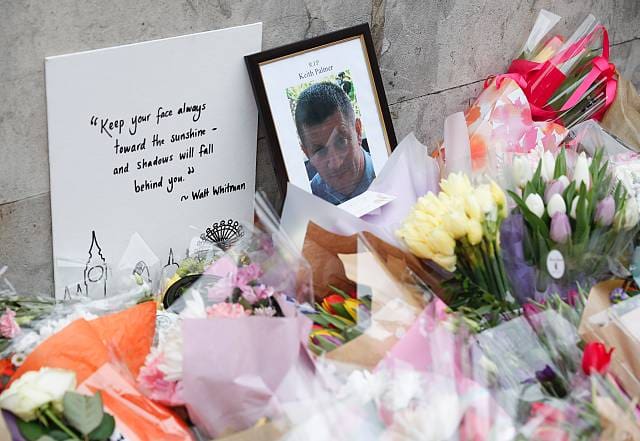 The funeral of PC Keith Palmer will be held later today at London’s Southwark Cathedral, he was killed in the Westminster attack.

PC Palmer was on duty outside the Houses of Parliament when attacker Khalid Masood stabbed him on the 22 March.

He will be given a full police funeral.

His coffin will be taken from a chapel at the Palace of Westminster, thousands of officers are set to line the route.

His body has been lying in rest there, special permission was given by the Queen.

On Sunday PC Palmer’s body was taken to the Chapel of St Mary Undercroft, a guard of honour was put in place by his police branch, the Parliamentary and Diplomatic Protection Command.

PC Palmer was 48, he had served in the Metropolitan Police for 15 years.

He was married and had a five-year-old daughter, members of his family attended a private service in the chapel on Sunday.

A service will begin on Monday afternoon at 14:00 BST.