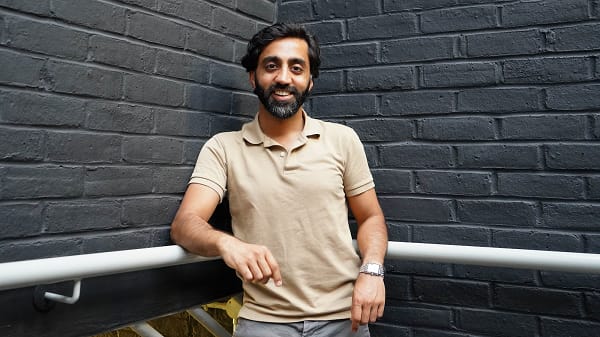 Muzmatch, the leading Muslim dating app with over 1.5m members, has just closed its largest investment round yet, led by two leading US investors.

The $7m Series A investment round was led by Luxor Capital, a multi-billion-dollar US hedge fund, and Y Combinator, the Silicon Valley-based accelerator who have backed the likes of Airbnb, Dropbox, Stripe and Reddit.

Tim Brady, Partner at Y Combinator said, “Shahzad has clearly made something that people want.  He is a resourceful founder who has been listening to his users and in the process has developed an invaluable service for the Muslim community, in a way that mainstream companies have failed to do.”

Jon Green, portfolio manager at Luxor Capital said, “We are highly impressed with Shahzad and the business he has built so rapidly over the last few years. I look forward to joining him on the exciting journey ahead.”

muzmatch founder and CEO, Shahzad Younas, left the world of investment banking to pursue his dream. Younas wanted to build a high-quality mobile app to help Muslims around the world find their perfect marriage partner. In 2014, Younas quit his senior position at Morgan Stanley, taught himself how to code and invested all of his savings in starting up the business he believed in.

Since launching, muzmatch has gained over 1.5m members and over 30,000 successes worldwide. The app operates in 210 countries and is available in 14 different languages.

Muzmatch has successfully managed to combine many of the strengths of mainstream dating apps whilst respecting Islamic sensibilities when it comes to finding a partner.  Muzmatch achieves this with innovative features such as complete privacy and anonymity, as well as chaperone support.

Younas added, “Muzmatch is more than just a conventional dating app, it is revolutionalising how Muslims meet and marry. With 1.8bn Muslims in the world, our goal is to unite the hearts and minds of this untapped demographic in their journey of finding a life partner.

“This investment marks the next exciting chapter for muzmatch and will help us to further develop the app, allowing our members to communicate and connect in ways like never before. It’ll also allow us to vastly accelerate our international growth in key Muslim markets.”