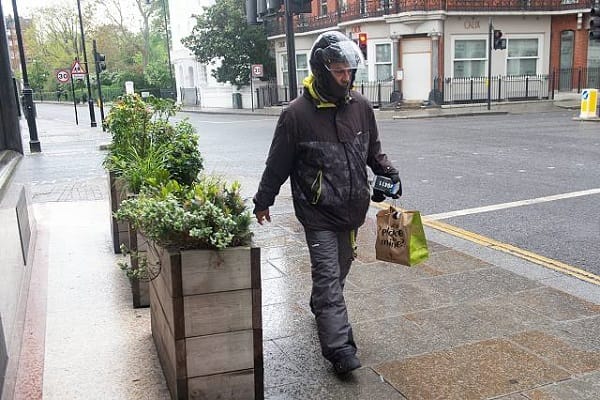 New research by Totaljobs, the UK’s leading job board, reveals the uncertainty that people are feeling around the return to their workplaces across the UK, France, Germany, Austria and Belgium.

The survey of more than 18,000 employees across Europe reveals that strict hygiene measures in the workplace is the most important factor for Germans (68%), those in the UK (65%) and the French (56%), when returning to the workplace.

Just under half (49%) of workers across these nations want social distancing enforced at their workstations. The desire for safety is such that in Germany, 29% would happily cancel lunch if it meant closing communal break-out areas and canteens. This approach, however, is only reflected by 13% of the UK. The French are particularly hesitant to cancel lunch with just 9% prepared to set aside la pause dejeuner.

UK workers are more than twice as likely to have been made redundant or lost their jobs from the pandemic, than those in France. The UK workforce was also the least likely to have been able to work remotely during lockdown, with 22% more Austrian, 17% more French, and 12% more Belgian employees self-sufficient at-home.

The Rate of Return

A quarter of French workers (25%) want to continue working remotely, and 40% of French and UK workers would prefer a flexi-working approach, rising to 53% in Belgium.

Workplace safety measures vary between countries and industries, but half of French and UK workers would like to see enforced PPE and masks at work. 43% of UK workers would also be interested in a staggered return to work, with employees coming back across weeks and months.

The employee interest in returning to the workplace still has its hesitancies, as less than half of the UK (43%) trust their employer to guarantee a safe return, falling to 26% for Belgians and 14% for French. 12% of the UK even believe that nothing specific will be put in place for the return, a sentiment that is reflected in France (13%), rising to 21% in Belgium.

The daily commute is also a cause for concern, as a third (32%) of UK workers are worried about travel. However, 23% of French or Belgian workers also see their commute as a concern.

Whilst working from home has had some advantages, the UK, French, Belgian and Austrian workers are still missing workplace life. 56% of UK and 48% of French workers miss their old work-life balance, more-so than the other countries – Austria and Belgium at 30%. 29% of UK employees miss their workplace dynamics, as well as everyday interaction with their colleagues (46%).

The British love for a routine has also been revealed, with more than half (59%) missing the day-to-day work pattern. This is felt by a quarter (25%) of Belgians and 29% of Austrians, dropping to 10% for French workers.

One in five workers in the UK – as well as in Belgium – are now also considering quitting their roles following the way in which their employer has handled the crisis. This figure falls to one in six in France. This significant figure could partly be attributed in the UK to the fifth of employees who have not felt trusted by their employers to carry out their roles in isolation.

Less than half (42%) of UK workers are now concerned about the survival of their company. A number echoed in Belgium (43%), down to 38% for those in France.

Not just affected by the isolation and lockdown period, 61% of UK employees now think that the world of work will be changed forever, rising to 75% for Belgian workers. Whilst 70% of French employees share the concern, 47% believe that this will be resolved and in less than a year. It is also 58% of UK workers who believe that ‘normal’ has itself been re-defined.

Not all changes and challenges created by the pandemic and lockdown are negative though, as 49% of the UK believe their work-life balance took a turn for the better during lockdown, and 23% report enjoying remote working. 64% of Austrians, 52% of Belgians and a quarter (25%) of French, would like to continue working remotely as a result.

Jon Wilson, CEO of Totaljobs said, “Today’s figures from Totaljobs are really encouraging. It is great to see so many workers willing to get back to the workplace – even better that so many are looking forward to it. However, they rightfully retain serious concerns for their overall safety and welfare.

People who return to work in the coming weeks must have reassurance from their employer that their health – and that of their colleagues and family members – is being put first.

As employers, it is our responsibility to shape this, follow their latest local Government advice, and help drive and develop clear, evidence-based plans for the safe return of our employees into the workplace. Whether this is to offices, customer-facing shops, schools or construction sites.

During times of non-stop change like these, it is understandable that employees are seeking as much stability and predictability as possible. We have needed to adapt over the past couple of months, but the reality is that we are all going to go through change at least one more time as we settle into a ‘new normal’.

If employers are unable to tune into the mindsets of their staff, they could fall short on planning and communication, meaning serious consequences in the long run with trust and loyalty. Totaljobs research has previously shown that a quarter of workers in the UK have become more loyal to their current employer on account of a considered response to the Covid-19 crisis.

That is why regular, clear and transparent communication between employers and their teams is essential now, more than ever.”

Real earnings fall by a record 3% ONS reveals as...

Nearly half of workers hate commuting, witness bullying in this...