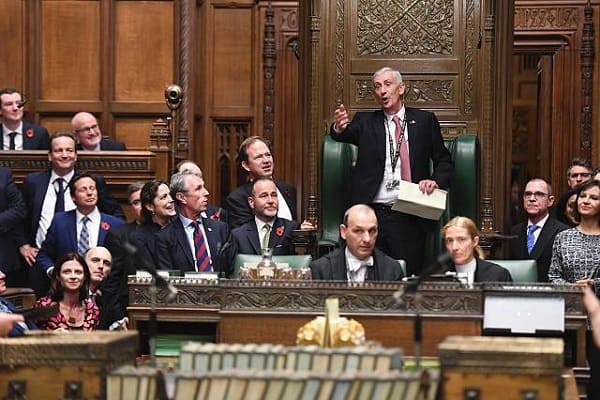 Prime Minister Boris Johnson has been told off yet again during PMQs on Wednesday by Sir Lyndsay Hoyle the Speaker of the House of Commons.

Sir Lyndsay ticked off Johnson and said to him via video link, this is “actually is Prime Minister’s Questions, not Leader of the Opposition questions.”

Johnson was trying to avoid answering the question over who was leaking information within his government, by the Labour leader.

The Prime Minister asked, “I’d take them a lot more seriously, frankly, Mr Speaker, if the Leader of the Opposition could explain whether or why the right honourable member for Islington North [Corbyn] is still a member of the Labour Party.

“Does he support the right honourable member for Islington North’s membership of the Labour Party, yes or no, why doesn’t he answer that question?”

Johnson hit back at the Speakers’ interjection, and said, “I think it’s a reasonable question,” before the Speaker declared it was his “decision.”

Sir Keir accused Johnson of “running away” from the “problems” occurring from within his government.