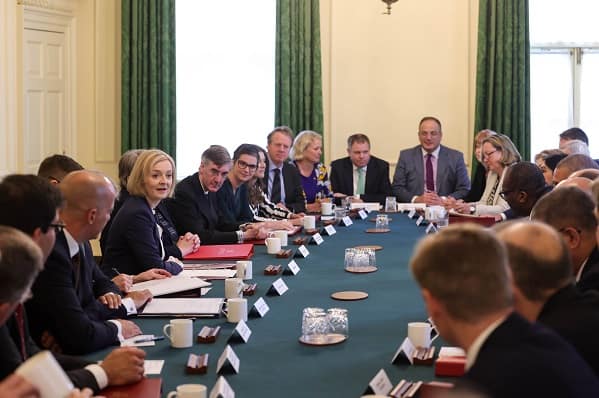 Politicians are least trusted by these generations according to new analysis

Based on several data and generational views, the team at Middletons Mobility, a mobility specialist, have conducted an analysis to reveal the top areas that both generations have similarities and differences in.

They don’t trust the Government

Both Gen Z (44%) and baby boomers (57%) think that politicians from all parties are less honest than they have been in the past, according to the research.

Voting turnout amongst younger age groups is trending slightly upwards. For those aged 55-74 the number of voters dipped slightly with people potentially put off by the winter election.

They are open to travelling abroad

While it could be said that there are stereotypes of home-loving older people and mobile youngsters, data actually shows that both generations are open to exploring new cities and countries.

A study from Eurostat shows that 51% of Gen Z and 43% of Boomers expect to visit domestic and international destinations. Additionally, 72% of Gen Zs are planning, or at least thinking about, splurging on a big getaway trip in 2022, compared with 51% of Boomers. While it is evident that Gen Z is planning on travelling more than other generations, by no means are Boomers tied down to their home comforts either.

Environmental change is a big priority

Most Gen Z and Boomers have a shared concern about climate change and are both willing to make changes to their lifestyle to protect the planet.

Following the record breaking heat waves of summer 2022, a study showed that British people now feel more worried about climate change. Prior to the summer, 20% of people said they felt “very worried”. This has now jumped up to 33%.

When it came to lifestyle modifications to combat climate change, both generations appeared to be on board:

Boomers are not as tech adversed as people may think

Data from the ONS showed that 67% of over 65s use the internet daily, compared with 100% of Gen Z. The survey also revealed that when it came to shopping, four in five Brits shop online, that’s up from three in four last year. More than half of Boomers have said that they now shop online.

Gen Z are hardworking (if not more) than any other generation

Interestingly, Gen Z has high entrepreneurial aspirations, with 42% of Gen Z saying they want to have their own business, that’s 10 percentage points higher than any previous generation.

Ricky Towler, Co-Founder of Middletons Mobility commented, “A lot has changed for young people in the last 50 years thanks to technological and societal advancements. Our findings communicated to us that these two often divided generations have a lot more in common than you may think.

“Our differences after all must be celebrated and encouraged. New and fresh perspectives, guided by the wisdom and experience that often comes with age, support us to pursue new technology, create solutions and work to solve the world’s problems. Now let’s just wait and see what Generation Alpha will have in-store for us all.”