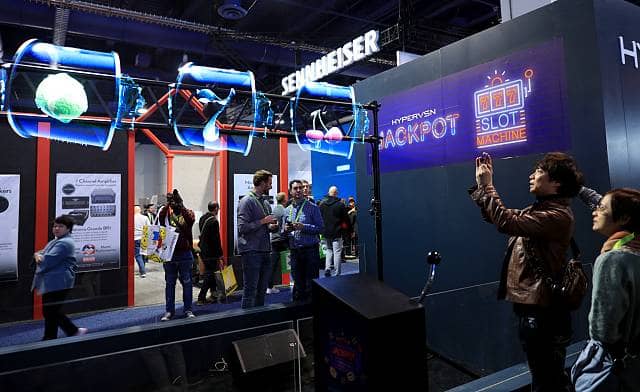 Software provider Microgaming, already a player in the online slots market, has announced a deal with major games studio Big Time Gaming (BTG). The agreement involves the use of BTG’s innovative Megaways™ in an upcoming range of exciting and original slots. Already used to power slots by a number of slot developers, Megaways™ is seen as the way forward and Microgaming’s decision to get involved is to be noted.

Microgaming has been involved in the online slots market since it was formed in 1994 and is a leading name in development and innovation in the industry. Based in the Isle of Man, UK, Microgaming is responsible for, among many other, the popular ‘Mega Moolah’ online slot game which famously paid out more than £13million in 2015, this remaining the highest online slot pay-out in history.

The Megaways™ mechanic changed the face of online slots when launched in 2016. A progressive and inventive system that upped the pace of online slots and brought a new dimension to the player, Megaways™ uses a random reel modifier which allows for changing symbols across the reels. The player gets the benefit of a different gaming experience each time, and allows for hundreds of thousands of different win combinations.

Popular Megaways™ slots include ‘Bonanza’, a popular 6-reel slot that offers close to 120,000 win combinations and a potential 10,000 x stake each spin, plus other such as ‘Diamond Mine’, ‘Buffalo Rising’ and ‘Dragon Born’ which was BTG’s first Megaways™ slot game. The appeal lies in the ever-changing reels with new symbols appearing on spins, adding to the challenge and presenting a more engaging and dynamic game play scenario.

Big Time Gaming is a name that will be familiar to slots fans as an established force in the industry. Known as an innovative and forward-thinking company, they have been responsible for many of the most popular and original online slot games of recent years.

BTG is headed by some of the biggest names in online gaming who have a track record of innovation and success going back to the late 20th century, and has been at the forefront of online gaming development throughout. The company is responsible for ‘Slot Vegas’, which stands among the most played of all online slot games, plus ‘Survivor’ and the ‘Monopoly Megaways™’ slot game, each of which are to be found on many of the leading online casinos.

What the future holds

The first collaboration between BGT and Microgaming is the ‘Shamrock Holmes’ slot game, which is highly anticipated by both the industry and players. Scheduled for network-ride release in January 2021, reviews have already praised the game a typically advanced and exciting BGT experience.

Microgaming works with independent game studios to achieve the very best results, and the first Megaways™ powered slot game is a collaboration with All41 Studios, an Estonian studio who work regularly with Microgaming.

Reviews have described ‘Shamrock Holmes’ as a typical Megaways™ product utilising the six-reel layout that is familiar to players of other Megaways™ powered slots and have also praised the presentation and overall game play. The game has an RTP rating of 96.44% and a Hit Frequency of 35.34% ensuring an engaging game and little in the way of lengthy dead-patches.

Bonus plays are reviewed as interesting and while it is noted that All41 has ‘played safe’ with its first Megaways™ powered product, this is not a criticism.