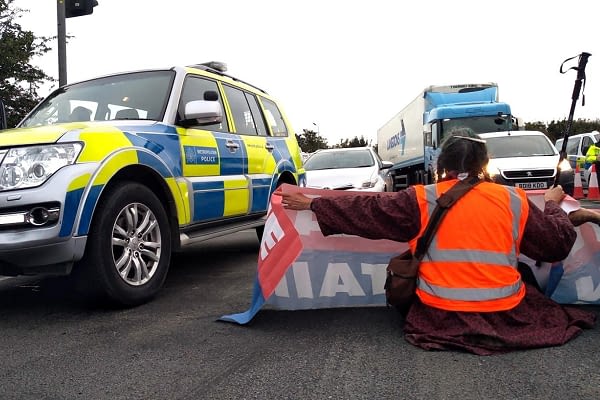 Some 40 Insulate Britain protesters have yet again blocked the M25 at Junction 31 near to the Dartford Crossing on Wednesday morning.

The group have continuously breached a High Court injunction in recent weeks and could face up to 2-years in prison.

Dr Diana Warner, an Insulate Britain supporter, said, “Many people are going out of their way to thank us. Some come out of their cars to thank us, some are police officers involved with our arrests. To them, we bring hope – we haven’t yet given up. We are still pushing for life saving changes.

“It is a big step to move from thanking us to taking action. But if you make some move to help us, however small, you will be helping us to achieve change.”

Since 13 September the protesters who are an offshoot of Extinction Rebellion have blocked the M25 and the M4 as well as major roads and in one instance blocked ambulances near a major London hospital.