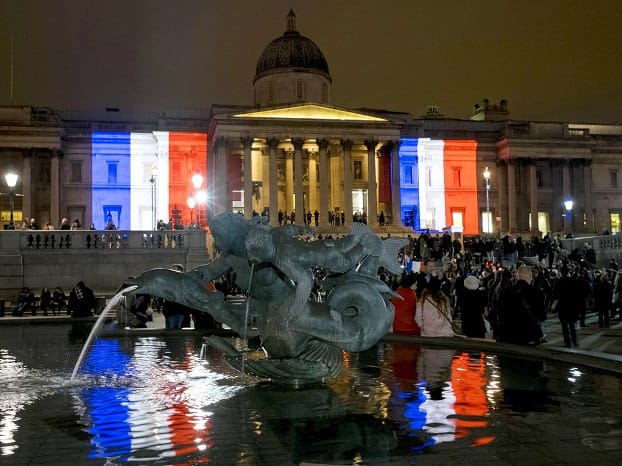 In pictures: London landmarks in Tricolore tribute to Paris

The capital showed its unity with France yesterday.

London landmarks were lit up with the red, white and blue of the French flag to show solidarity with the country that has lost 17 of its residents to terror attacks over the past few days.

Here are the pictures of London’s powerful tribute the victims of the Paris terror attacks.

Visitors placed messages of condolence and support in Trafalgar Square.

More on the Paris terror attacks

Al-Qaeda is planning an attack on Britain, MI5 warns

10 important quotes about freedom of speech