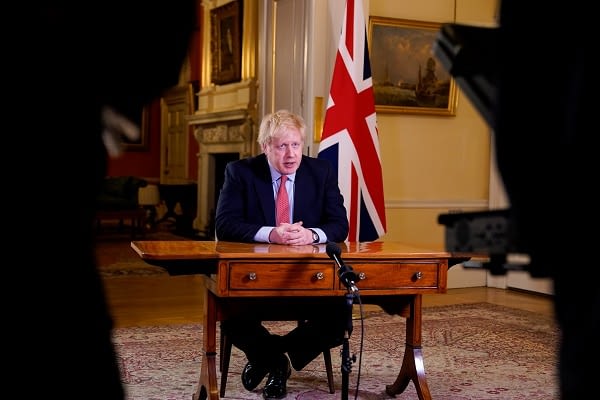 Prime Minister Boris Johnson has told the UK that a trade deal is highly unlikely with the EU and it is now time to “get ready” for a no-deal Brexit.

Johnson said that “unless there’s a fundamental change of approach, we should go for the Australia solution.”

Speaking from Downing Street Johnson claims that Brussels have “abandoned” the ambition of a trade deal, but insisted “we always knew there would be change,” once the transition period ends on 31 December, “whatever type of relationship we had.”

He suggested that he is not walking away from trade talks, but “what we’re saying to them is come here, come to us, if there’s some fundamental change of approach.”

He added that there “doesn’t seem to be any progress coming from Brussels,” and warned businesses and hauliers “to get ready” for a no trade deal with the EU.

Johnson is urging people to “embrace the alternative” and said that the UK will “prosper mightily.”

Richard Burge, Chief Executive of London Chamber of Commerce and Industry said, “Despite the language heard today, both parties are still at the table. Businesses remain hopeful that eventually results in a deal.

But the warnings are clear and as the Prime Minister said today, change is inevitable on 1 January and businesses need to be ready, whether or not we agree a deal with the EU.

With 75 days to go, businesses must prepare for our EU exit, despite the ongoing challenges from Covid-19.”