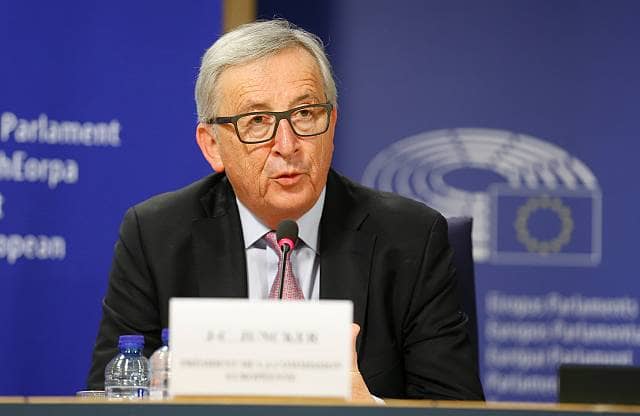 Theresa May this morning gave next Wednesday as the date that she will invoke the Article 50 process. Today EU commission president, Jean-Claude Juncker, came out with scathing comments.

Fury has erupted by euro-sceptics after Jean-Claude Juncker boasted how harshly Britain will be punished and that no-one else will want to leave the EU.  He said that the member states will all “fall in love” with each other again and this will ensure the survival of the Brussels club.

Theresa May was also threatened that Britain will have to accept demands on the divorce bill as Brexit negotiators are preparing of up to a £50bn settlement that is regarded as Britain’s share of the liabilities.

Mr Juncker was asked by Bild am Sonntag newspaper about his concerns of other EU member states leaving the EU following our example in quitting. Mr Juncker said: “No. Britain’s example will make everyone realise that it’s not worth leaving.”

He added: “On the contrary, the remaining member states will fall in love with each other again and renew their vows with the European Union”

He added: “Half memberships and cherry-picking aren’t possible. In Europe, you eat what’s on the table or you don’t sit at the table.”

Peter Bone, Tory MP said to the MailOnline: “It is like the dying words of the leader of an empire as it collapses.”

“The trouble is of course the European elite have ignored the wishes of their people for so long.”

“He is out of touch, living in a fool’s paradise. The problem of Brexit is entirely a problem for the EU.”