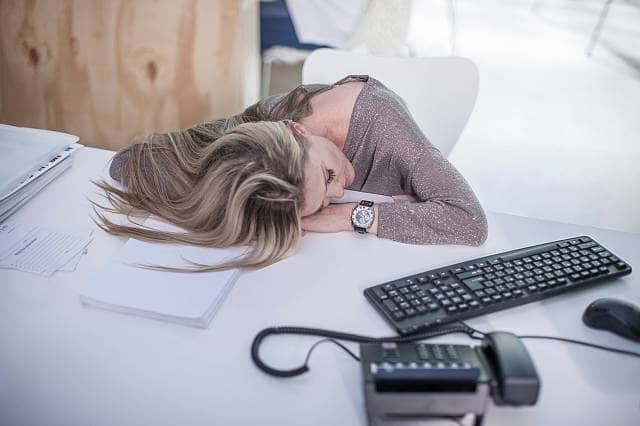 A potential indicator for a more serious health issue

As the clocks go back this weekend, a new survey reveals that three quarters of Brits (75 per cent) have unintentionally fallen asleep or napped in the daytime, with 16 per cent even admitting to having a snooze in secret.

Philips Respironics, a global leader in sleep and respiratory care explores our relationship with sleep to raise awareness of the sleep condition obstructive sleep apnoea (OSA), of which there are over 3.4 million undiagnosed sufferers in the UK, which can have both short-term and long-term health consequences if left untreated.

Sleep is crucial to our health and wellbeing, yet as a nation we are not getting the recommended seven to nine hours a night, as the survey reveals we get on average 6.3 hours sleep a night, and almost a fifth of people (19 per cent) get less than five hours sleep. Unsurprisingly, over a quarter of people (26 per cent) are unhappy with the amount of sleep they get.

The benefits of daytime napping are well documented but excess sleepiness is leading some to fall asleep without intending to or even napping in secret. A whopping two thirds of people (66 per cent) have found their partner asleep without intending to, leading to 14 per cent of couples arguing.  Most commonly Brits find themselves unknowingly falling asleep when watching TV and the most popular place for a ‘sleep on the sly’ is in a meeting room at work (24 per cent).

Troublingly, not enough people are concerned about the potential health risks napping can flag, with only six per cent agreeing they are concerned about their partner’s health. Symptoms ofobstructive sleep apnoea include excessive sleepiness during the day, loud and persistent snoring and gasping for air during sleep. The survey shows that a third of people (34 per cent) are disrupted by a partner or family member snoring during the night.  After been disrupted by their partner’s sleep, a third (33 per cent) have resorted to kicking or nudging them and almost one in three (30 per cent) have even gone to sleep in a different room.