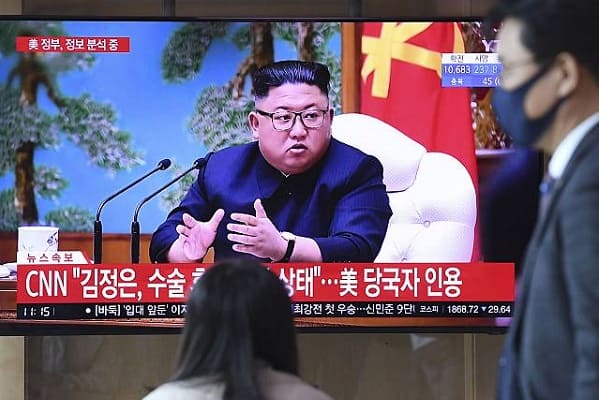 The US President Donald Trump said on Monday that he knows how Kim Jong-un is doing, but said “I can’t tell you exactly.”

Trump was asked at a White House press conference over Jong-un’s health, and replied, “Yes, I do have a very good idea, but I can’t talk about it now. I just wish him well.

“I hope he’s fine. I do know how he’s doing relatively speaking. We will see, you’ll probably be hearing in the not too distant future.”

It was reported on Monday morning that North Korean leader is “alive and well” according to South Korea, and he has been “staying in the Wonsan area.”

But the confusion mounts, as was claimed that North Korea’s despot leader is “almost certainly” dead and, Kim Yo Jong, his sister will succeed him.

Roy Calley a journalist who has visited North Korea over ten times has said if the news is true then grief followed by a “complete breakdown in society” will happen.

Calley told the Express, “I think these rumours are almost certainly true, especially with the arrival of the personal train.

“Knowing the country the way I do, I’m convinced they would parade him to the world if he was okay. They wouldn’t want this speculation.

“The carriage where the dear leader, Kim Jong-il, Kim’s father, died is still on public display, so they will obviously be preparing for an announcement.

“This might be delayed for quite some time, as the outpouring of grief across the country is like nothing you will see anywhere else.