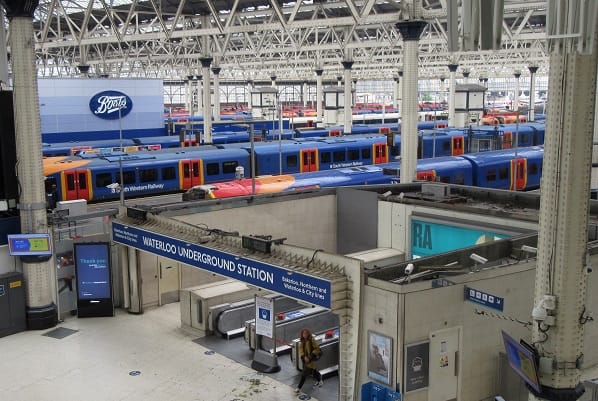 A new rewards programme is offering rail commuters discounts on food, drink and a whole host of attractions across the capital.

SWR customers can bag a bargain through SWR’s Commuter Rewards page, with the programme being entirely free to sign up to and continuously updated.

The new scheme has been designed specifically for commuters in light of a growing number of people returning to the office, and forms part of SWR’s new ‘Spread Your Wings’ campaign, which is set to feature on local radio and television.

The campaign, which launches today, is designed to remind SWR customers of the benefits of getting back into the office and the flexible ticket options now available. It is being fronted by two avian ambassadors, Wesley Peck, a young business-pigeon and a successful execu-bird called Sandy C. Gull.

As part of the animation, the two birds, who sparked an unlikely friendship on a SWR commuter train a few years ago, are reunited as they both return to the office. Together, they discuss their plans for the day, from lunch with clients and business meetings to an exhibition and drinks with friends, in a conversation packed with bird-inspired word play.

SWR’s Commercial Director Peter Williams said, “Heading to the office needn’t be all work and no play. Getting back into the capital gives us all the perfect excuse to get the best out of London, from its great pubs and restaurants to world class museums and shops.

“By offering dozens of great deals designed specifically for commuters, our new rewards programme makes a whole range of post-work activities even easier and cheaper to enjoy.

“To complement the opportunity for our customers to bag a bargain, we’re delighted to launch our new campaign, which is ably led by our two avian friends, Sandy and Wes. With new, flexible ticket options available too, now is the perfect time for our customers to spread their wings and rediscover all that the big city has to offer!”