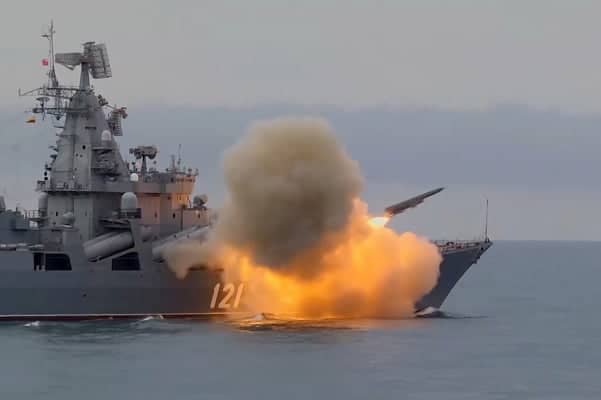 Moscow ordered a barrage of more than 120 missiles with a “mixture of ballistic missiles” from “various directions” across Ukraine.

Missiles struck causing huge explosions in Kharkiv, Odessa, Lviv, Zhytomyr with most of damage being done in Kyiv as Russia targetted civilian infrastructure.

The Ukrainian Air Force told citizens to “stay in cover” on Thursday after bombardment overnight.

Mikhail Podolyak, advisor to President Volodymyr Zelensky, reported that more than 120 missiles was launched over Ukraine by Russia in a bid to “destroy critical infrastructure and kill civilians en masse.”

Retired Air Vice-Marshal, Sean Bell, told Sky News that there are a few potential reasons for the renewed Russian bombardment on Thursday.

He said, “With 120 missile strikes, which appear to be a mixture of this ballistic missiles but also the drones that have been recently brought in from Iran.

Our soldiers are simply heroes! 👏🏼

16 missiles launched on #Kyiv were shot down.

“From land and sea, they are targeting across the country.

“It suggests a further wave of attacks, all of which seem to be targeting critical national energy infrastructure.

“Of course, without getting inside Putin’s head it’s very difficult to know exactly what is going on.”

The operator of MANPADS "Igla" from the 4th operational brigade of the National Guard intercepts a Russian cruise missile over Kyiv. pic.twitter.com/pYRkfGIMEq

Bell added, “But what looks most likely is two things really.

“One is that Russia has militarily stalled on the ground and is desperately keen to distract the Ukrainians from their war effort.

“Of course, by attacking energy infrastructure – the weather’s not very nice here in the UK but it is fearsomely cold in Ukraine.

“By knocking out the energy, it’s making life really unpleasant, particularly for people in the capital, Kyiv.

“All of this is almost certainly designed to undermine support for Volodymyr Zelenskyy and try to erode that support and put pressure on him to perhaps start to negotiate.

“The other bit that I think almost certainly is that it won’t have escaped Putin’s attention that Patriot missile systems have been promised by America to Ukraine.

“They will take some while to get into the country and be positioned – and of course as soon as they arrive it will be a lot more difficult for ballistic missile attacks to be effective anywhere that Patriot is based.

“I think Russia will be keen to make whatever impact it can before the arrival of that Western military system.”