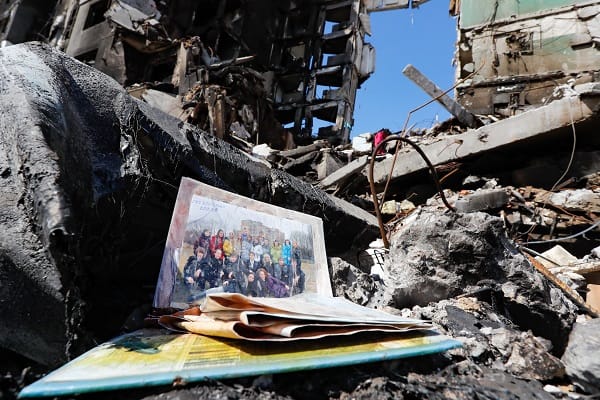 The Russian Foreign Minister has giving Kyiv an ultimatum to give up the Russian Federation’s “new lands” for “your own good,” otherwise “it will be decided by the Russian army.”

Sergei Lavrov is threatening Kyiv to either accept the ultimatum or the war will continue, which comes a day after Vladimir Putin claimed to be “ready to negotiate” with Ukraine over what Moscow deems to be “acceptable solutions.”

Russia’s Foreign Minister Sergei Lavrov spoke with TASS, a Russian news agency, and said, “Our proposals for the demilitarisation and denazification of the territories controlled by the [Ukrainian] regime, the elimination of threats to Russia’s security emanating from there, including our new lands, are well known to the enemy.

“The point is simple: Fulfil them for your own good.

“Otherwise, the issue will be decided by the Russian army.”

Putin accused Ukraine and its western allies on Sunday of not wanting to talk and he added, “We are not the ones refusing to negotiate, they are.”

Putin has accused Kyiv of “refusing” to negotiate because Moscow has said that they will be wanting “acceptable offers” meaning, that the recently four annexed regions will remain as part of the Russian Federation along with Crimea.

This is unacceptable for Kyiv because those lands are and will always be Ukrainian and therefore they will continue to fight until they have reclaimed back their territory.

Podolyak said that Russia does not actually want any negotiations and Putin is trying to “avoid responsibility” because he will not back down.

Putin said, “I believe that we are acting in the right direction, we are defending our national interests, the interests of our citizens, our people.

“And we have no other choice but to protect our citizens.”

The Ukrainian presidential adviser tweeted, “Putin needs to come back to reality.

“1. Russia single-handedly attacked Ukraine and is killing citizens. There are no other “countries, motives, geopolitics”

“2. Russia doesn’t want negotiations, but tries to avoid responsibility. This is obvious, so we are moving to the Tribunal.”

Despite Moscow claiming that they want to negotiate they insist that their so called “special military operation” is to protect Russian speakers in Ukraine, but the West and Kyiv both agree Putin only wants to capture Ukraine.