Home Business News Russia are attempting a ‘risky’ move to bring back ‘400,000 year old’ viruses that ‘our immune systems have never encountered’ 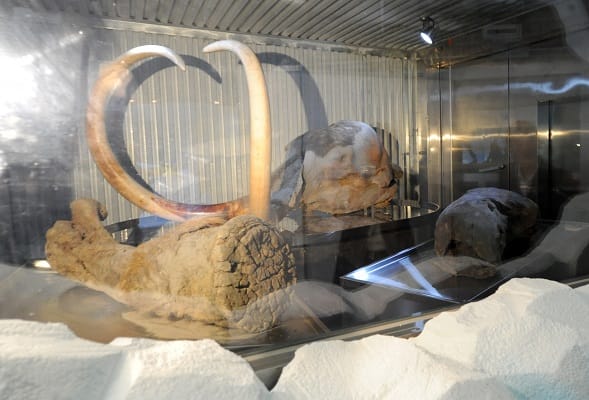 Russia are trying to bring back “400,000 year old” viruses which killed mammouths that “our immune systems have never encountered” before in a very “risky” move.

An international expert in virology and Biotechnology has warned that viruses which are still in woolly mammouth’s DNA which are dormant in the frozen remains, “could still be infectious.”

The mammounth’s remains have been found in Yakutia which is based in Russia’s far east along the Arctic Ocean where temperatures can plummet to as low as -55C.

Russian scientists based at the Research Centre of Virology and Biotechnology, also known as Vector which his a former bio-weapons labaratory are studying how viruses evolve.

The laboratory is in the Novosibirsk region, which is known to host 59 maximum security biolabs globally are trying to identify viruses which come from the ice age.

Professor Jean-Michel Claverie, from the National Centre of Scientific Research at the University of Aix-Marseille spoke with The Times expressing his serious concerns.

“But ancient viruses that infected animals or humans could still be infectious.”

Discussing the former bio-weapons lab and it’s bio-security, he further warned, “I would not be very confident that everything is up to date.”

Filippa Lentzos, a biosecurity expert at King’s College London, warned, “Many of us who are analysing and following what they’re doing aren’t convinced that the potential benefits, which are in the far distant future, are necessarily outweighing the very real risks that are in the present.

“Even with generally safe practices, accidents can still happen.”