Home Business NewsBusiness Tesco threw away 55,400 tonnes of food last year. Now it's going to give unsold food to charity 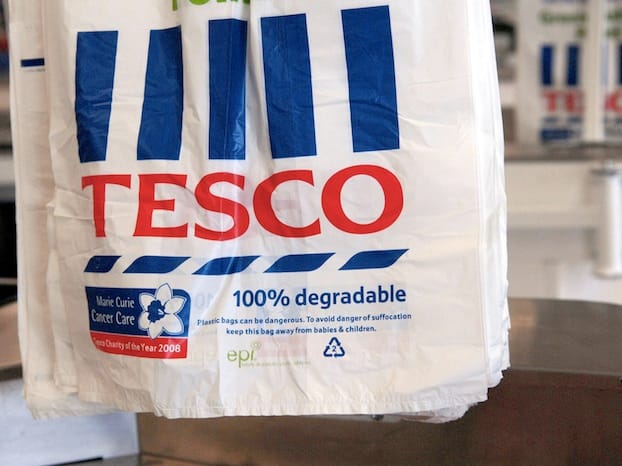 Tesco threw away 55,400 tonnes of food last year. Now it's going to give unsold food to charity

This a positive Tesco story… no, really!

Tesco’s been getting bad press for its £263m accounting error for almost a year now.

However, the beleaguered supermarket is getting a lot of love right now for giving unsold food to charities rather than throwing it away.

Last year, Tesco threw away 55,400 tonnes of food. It revealed that 30,000 tonnes of the total food thrown away was edible.

Tesco is now trialling an app that allows store managers to get in touch with charities to donate unused food at the end of the day.

The app, made in partnership with UK food redistribution charity FareShare and Irish social enterprise FoodCloud, will allow charities to confirm if they want the food or not.

The food includes everything from fresh fruits, vegetables and salads to pre-packaged sandwiches.

Tesco has begun trialling this scheme in Ireland and is planning to introduce it in 10 more Tesco stores soon.

“We don’t throw away much food in our own operations but even the 1% we do throw away amounts to 55,400 tonnes.

“This is potentially the biggest single step we’ve taken to cut food waste, and we hope it marks the start of eliminating the need to throw away edible food in our stores.”

FareShare chief executive Lindsay Boswell said: “We understand that customers get angry when they see food being wasted in their local store.

“Our partnership with Tesco means we are already able to access surplus food from their supply chain, distribution centres and dotcoms.”

Which supermarket is growing fastest? You’ll be surprised