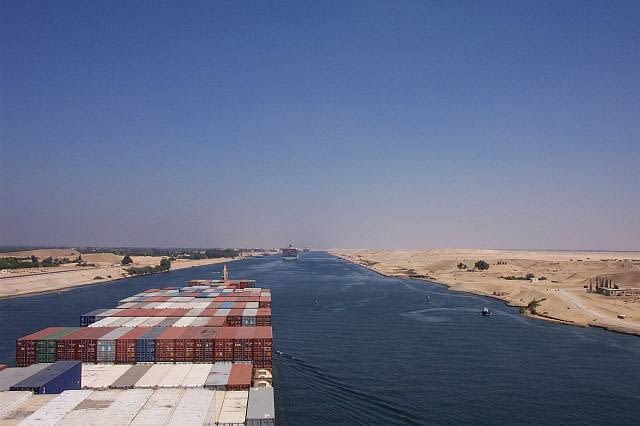 The Egyptian government owned Suez Canal have pocketed an $300m from tolls, some 17,000+ ships per year to sail through the 193.30km canal.

The Suez which was constructed between 1859 and 1869 saves ships from having to sail some 8,900km avoiding the South Atlantic and Southern Indian oceans.

The Canal is one of the busiest shipping lanes in the world and generates revenues of $5.9bn which is the main source of foreign currency for the Egyptian government.

Full steam ahead at Clarkson as earnings surprise on the...