Home Business News Russian authorities ‘will close the borders’ for men, ‘then declare martial law and begin another wave of mobilisiation’ in the New Year 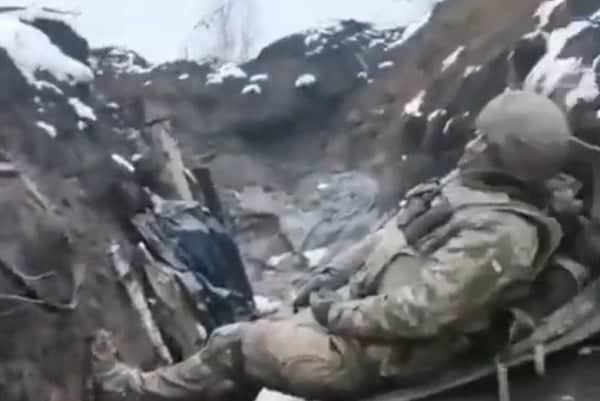 Ukraine has warned that men who are liable for military service will see borders closed for them including Belarus, then Moscow will “declare martial law and begin another wave of mobilisiation.”

In January Ukraine Minister of Defence Oleksii Reznikov claims that Russia will start another round of mobilisation and he told Russian men to “save their lives.”

Ten months ago Vladimir Putin declared war on Ukraine, but the Russian leader is now “keeping quiet” about their losses.

Reznikov said that for the first time on a “hundred years” a “flagship of the Russian fleet was destroyed” and “long range aircraft explode at the airfields deep inside Russian territory.”

He then said in his message to the Russian people that they have been “deceived” by the Russian leadership.

Reznikov said, “On the eve of New Year, I want to address the citizens o Russia who are liable for military service.

In early January, borders will be closed in #Russia, martial law will be declared and a new wave of mobilization will begin, – Reznikov.

The Minister of Defense of #Ukraine called on the Russians to avoid mobilization at all costs in order to save their lives. pic.twitter.com/x3OXIeK8Y1

“First of all, this concerns the residents of big Russian cities. I know for sure that you have about one week in which there is at least some choice left.

“In early January, the Russian authorities will close the border for men, then declare martial law and begin another wave of mobilisiation.

“The borders will also be closed in Belarus.”

He then warned that the festive season will be ruined for Russian families as military officers will be “knocking” on their doors.

He said, “Today you are thinking on how to decorate your festive table and are making plans for the future.

“But under the chiming clock, you may not hear a knock on the door.

“It will be the military officer knocking.

“This will be especially true in cities, because they already drafted a lot of men in the Russian outback. It is unlikely that your leaders will say this in their New Year addresses.”

“So listen carefully to what I am about to tell you. I do not ask to you to trust my words.”