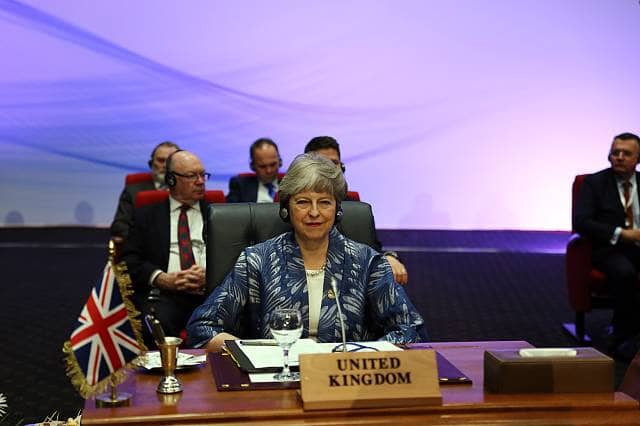 The prime minister Theresa May was on Monday in Sharm el-Sheikh in Egypt, attending the EU-League of the Arab States summit. As a press conference May was asked if ministers would be allowed to back Labour’s Yvette Cooper plan.

Cooper’s proposal could force the British government to receive an extension to Article 50 negotiations, should an agreement not be agreed by 13 March.

May refused to engage with questions being asked at the press conference, regarding what Cooper is hoping to amend, is to yet be put before MPs the PM said.

May was then asked to acknowledge she might have to delay Article 50 in order to secure a deal. May said, “What we’re working for is to deliver what parliament asked us to do, what they were concerned about in relation to the backstop.

“We’re doing that. We’re working with the European Union on that, we’ve had constructive meetings over the last week. My team will be back in Brussels tomorrow continuing those discussions.

“As I say, I believe it is within our grasp to leave with a deal on 29th of March and I think that’s where all our energies should be focused.

“Any delay is a delay, it doesn’t address the issue, it doesn’t resolve the issue. I think there is, as I say, the opportunity to leave with a deal on the 29th of March and that’s what we’re going to be working on.”

European Council president, Donald Tusk who was also at Sharm el-Sheikh announced he and May had spoken at the possibility of extending talks past the withdrawal date.

Tusk said, “I believe that in the situation we are in, an extension would be a rational decision, but prime minister May still believes she will be able to avoid this scenario.”

Tusk added: “For me, it’s absolutely clear that there’s no majority in the House of Commons to approve a deal, we will face an alternative: a chaotic Brexit or an extension.