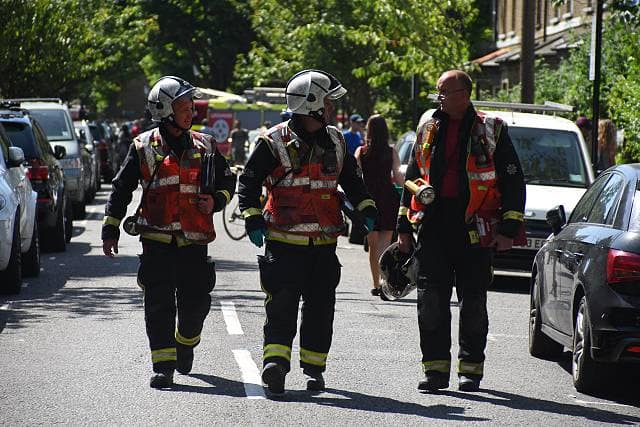 A huge fire broke out in a five-storey residential building in West Hampstead in the early hours of Thursday. The cause of the fire is not known yet, the London Fire Brigade added.

View from my bedroom window in #WestHampstead. So scary! pic.twitter.com/bcGdzHvnfr

As many as 15 engines attended the scene in Inglewood Road after being called at just after 1am on Thursday. Fifty people were evacuated from the block. No one needed hospital treatment, the London Ambulance Service said.

“The fire is believed to have started in a flat on the fourth floor,” fire brigade station manager Clainton Murray said, adding: “Fire crews assisted two people from the first floor and a number of other residents self evacuated from lower floors,” Murray said.

Neighbours took to social media to share photos and videos:

Terrorist attacks damage local economies for up to two years...