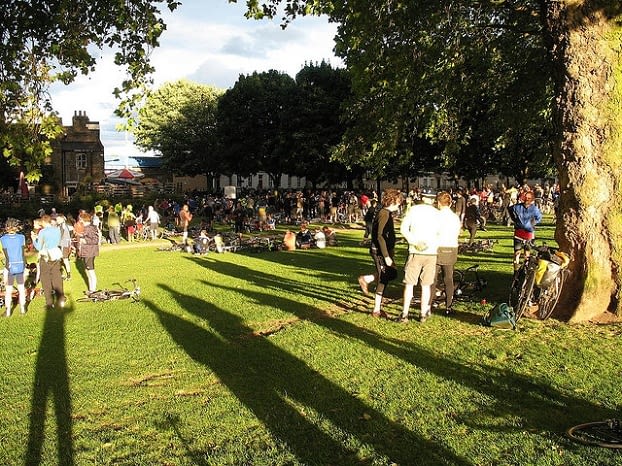 Brits have been warned that if they continue to gather in large crowds over the Easter Bank Holiday then England could be plunged into a fourth lockdown.

AS the mini heatwave hit last week thousands of people across the country gathered on beaches and the countryside as the rules were relaxed.

Police across England have ramped up patrols to break up large crowds over the Easter weekend.

Scientific experts are warning that if people do not exercise caution then case numbers will “rise next week” and another lockdown could be around the corner.

Virologist Professor Lawrence Young told the Sun newspaper, “While the risk of transmission is low in outdoor spaces, crowding together could result in some spread of the virus and it’s too easy to take liberties which we consider to be low risk but aren’t e.g. close contact by hugging or popping inside to go to somebody else’s toilet.

“We need to hang on in there with the current restrictions for a bit longer, none of us want another lockdown.”

Professor Adam Finn wrote on Twitter, “Throngs of young people crowded together in their hundreds enjoying the beautiful warm evening together by the water.

“A complete change. If this is happening everywhere then we can confidently expect case numbers to rise next week.”

Deputy Assistant Commissioner Jane Connors of the Met Police said, “We cannot allow the selfish actions of a small minority of people to jeopardise the efforts of this city.

“We will continue to shut down house parties or dangerous raves quickly, taking enforcement action by handing out fines.

“We make no apology for our tough stance on shutting down those large gatherings which pose a serious risk to public health.”

Boris Johnson has also warned the UK should expect a rise in cases as the pandemic in France is out of control.

Johnson warned that the UK is typically hit with a similar surge in cases between two to three weeks later.

Public Health England (PHE) also warned that “we’re not out of the woods yet” and are strongly urging people to stick to social distancing measures.

“We’re not out of the woods quite yet.

“Until all of us are protected, it remains essential to follow the steps we know stop the virus from spreading.”