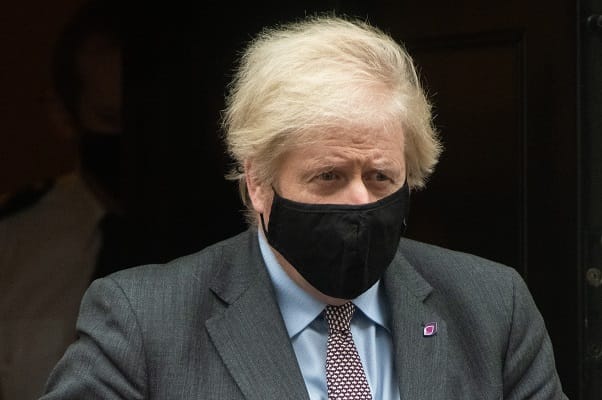 The Prime Minister Boris Johnson has been accused of saying that he would rather see “bodies pile high in their thousands” and has ruled out any more “f***ing lockdowns.”

The Daily Mail reported on Monday that Johnson said during a Downing Street meeting “No more f***ing lockdowns, let the bodies pile high in their thousands.”

Number 10 Downing Street strongly disagrees that these comments were made and saif that this claim is “just another lie,” despite the newspaper saying, but sources stand by what they heard.

Johnson has rebuffed the allegations that he allegedly made in October, and was asked today if he had ever made those remarks, to which he said “No.”

Johnson said during a visit to Wrexham this lunchtime, “The important thing I think people want us to get on and do as a government is to make sure that the lockdowns work and they have.

“I really pay tribute to the people of this country, this whole country of ours, that have really pulled together and working with the vaccination programme, we’ve got the disease under control.

“We’ve got to be realistic about that. Unfortunately there probably will be another wave of the disease.

“But I think the vaccination programme has now been so massive, 33.6m people vaccinated, the 44-year-olds now coming forward to be vaccinated, 95% of people over 50 already offered a jab.

“We’ve built up what I think are some pretty robust fortifications against the next wave.

“We’ll have to see how strong they really are in due course.

“But in the meantime, everybody should come forward and get your get your vaccine when you’re asked.”

Labour’s deputy leader Angela Rayner told the BBC’s Andrew Marr Show on Sunday, “The Electoral Commission should be looking into it absolutely and doing a full investigation, especially as you’ve got a former senior adviser to the prime minister suggesting that not only was [the alleged plan] unethical, but he believes it could be illegal as well.

“These are serious allegations and we also think the prime minister should come to the House of Commons on Monday and should declare the ministers’ register of interests, which is eight months in delay, we’ve not seen that.

“Why are they hiding the fact that Ministers have to declare these donations and they’ve not done that?”

“None of this is serious. The prime minister has been utterly focused on delivering, alongside Cabinet colleagues, the response to Covid.”