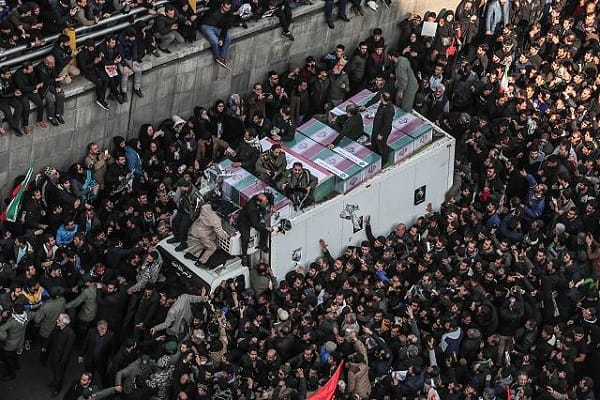 During the funeral of Qasem Solermani in Iran fifty people have been killed in a stampede and more than 200 have been injured.

Millions of Iranians took to the streets to pay their respects to Soleimani during a series of funeral processions.

Mourners who are Soleimani’s home town in Kerman Iran could be hear shouting “death to America” and “death to Trump.”

Soleimani was killed by the US in a drone strike in Baghdad last Friday, Tehran is now considering 13 “revenge scenarios.”

Ali Shamkhani, secretary of the Supreme National Security Council of Iran said, “The Americans should know that until now 13 revenge scenarios have been discussed in the council and even if there is consensus on the weakest scenario carrying it out can be a historic nightmare for the Americans.”