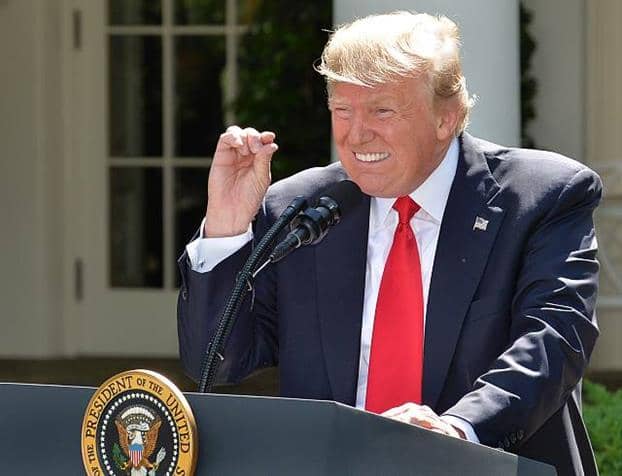 President Donald Trump has hit back at the Saudi authorities for staging the “worst cover-up ever” in the killing of dissident journalist Jamal Khashoggi.

President Trump on Saudi Arabia's responses to Jamal Khashoggi's killing: "The cover up was one of the worst in the history of coverups…Somebody really messed up" https://t.co/QHXZLJYMto pic.twitter.com/TVUiMk2P9d

Asked by a reporter in the White House Oval Office how the Khashoggi killing could have happened, Trump answered: “They had a very bad original concept. It was carried out poorly, and the cover-up was one of the worst in the history of cover-ups.”

Trump’s criticism comes just hours after several media sources reported that Khashoggi’s remains have been found. Khashoggi’s body had reportedly been “cut up” and his face “disfigured”.

Khashoggi was a known critic of the Saudi government and the country’s crown prince, Mohammed bin Salman.

Meanwhile, US Secretary of State Mike Pompeo told media that Washington has identified some of the individuals responsible for Khashoggi’s killing and “are taking appropriate actions”.