Home Business News Ukraine blitzed by more than 1,000 cruise missile attacks and millions could freeze to death this winter warns the UN 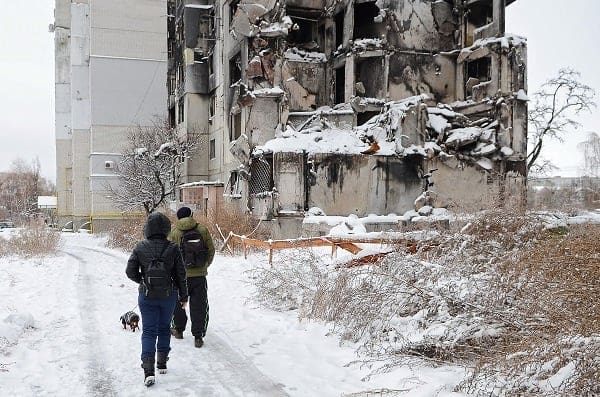 Ukraine blitzed by more than 1,000 cruise missile attacks and millions could freeze to death this winter warns the UN

Ukrainian officials have said that Russia has launched more than 1,000 cruise missiles and rockets at their energy facilities plunging the country into darkness and leaving millions in freezing conditions.

The Ukrainian nation grid operator that major damage has been done to the power system across Ukraine.

Power line and substations have been attacked by Russian forces, and Volodymyr Kudrytsky who is the chief of the Ukrenergo grid operator, said, “These attacks represent the biggest blow to a power grid that humanity has ever seen.”

Ukrainian officials are now asking the West for complex equipment to carry out repairs as more power cuts have hit all regions amid the “consequences of shelling” said the national grid operator.

Ukrainian grid operator Ukrenergo said, “Because of damage caused by missile strikes to power plants and the high-voltage network, the system has a significant shortage of electricity.”

Zaporizhzhia governor Oleksandr Starukh said, “There is a lack of energy – up to a third of what is needed.”

Vladimir Putin has vowed to keep striking energy sites across Ukraine and said, “There’s a lot of noise about our strikes on the energy infrastructure. Yes, we do that. But who started it?”

The World Health Organization (WHO) and the UN have warned that Putin’s attacks could freeze millions and many could freeze to death this winter.

Moscow has been accused of trying to “freeze” Ukrainians into submission by targeting civilian infrastructure.