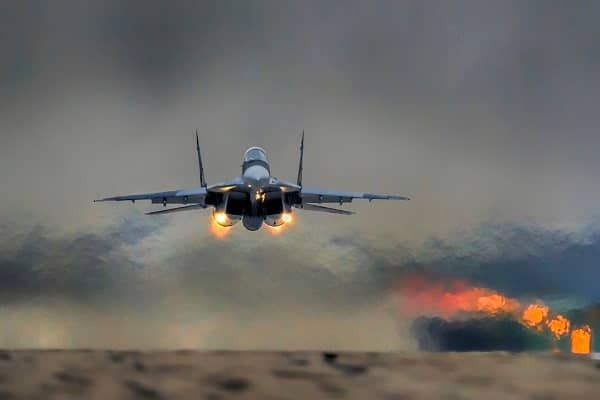 NATO chief has warned that the fighting in Ukraine could “spin out of control” and he is worried that there could be a war between NATO and Moscow.

The Kremlin has repeatedly warned over the past few month that NATO is in effect becoming part of the conflict in Ukraine as Ukrainian troops are being trained by the West.

The Kremlin said that NATO are supplying weaponry and are providing military intelligence which is being used against Russian forces.

NATO Secretary-General Jens Stoltenberg said to Norwegian broadcaster NRK, “If things go wrong, they can go horribly wrong.“It is a terrible war in Ukraine. It is also a war that can become a full-fledged war that spreads into a major war between NATO and Russia.

“We are working on that every day to avoid that.”Stoltenberg, who is the former Prime Minister of Norway warned, “there is no doubt that a full-fledged war is a possibility.”

He added, it’s important to avoid a conflict “that involves more countries in Europe and becomes a full-fledged war in Europe.”

Vladimir Putin has warned that Moscow could start to think about what the US call a preemptive strike which would destroy military command facilities.

The Russian leader said, “Speaking about a disarming strike, maybe it’s worth thinking about adopting the ideas developed by our US counterparts, their ideas of ensuring their security.”

He added, “We are just thinking about it, they weren’t shy to openly talk about it during the past years.”

Putin warned that Moscow’s precision-guided cruise missiles do outperform similar US weapons, he added, that Russia has hypersonic weapons that the US hasn’t deployed.

Putin then accused the West of using Ukraine as a tool against his country, he said, “For many years, the West shamelessly exploited and pumped out its resources, encouraged genocide and terror in the Donbas and effectively turned the country into a colony.

“Now it’s cynically using the Ukrainian people as cannon fodder, as a ram against Russia by continuing to supply Ukraine with weapons and ammunition, sending mercenaries and pushing it to a suicidal track.”