Home Business News Putin is killing his own troops, they are ‘dying of hypothermia’ amid ‘inadequate clothing’ and ‘many will freeze to death’ 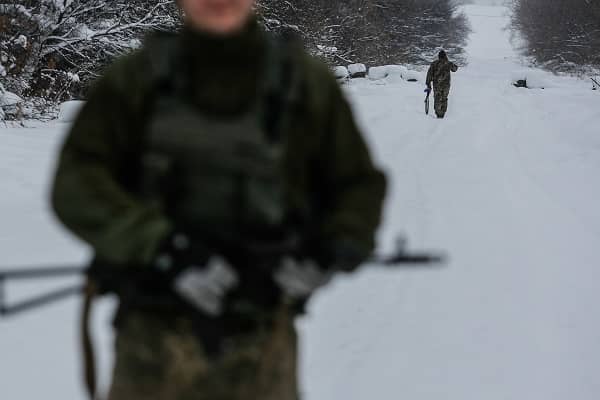 Vladimir Putin is killing his own troops are they are “dying of hypothermia” as the temperature in Ukraine is plummeting and Russian forces have “inadequate clothing” for that environment.

A brutal winter has already started in Ukraine and security expert Robert Fox said that Putin’s army are “suffering from the cold.”

Speaking to LBC, Fox said, “For the Russian troops, there is now quite significant evidence of ill-equipped, particularly recruits getting…even in the training camps, dying of hypothermia.

“That is really quite something. Inadequate sleeping bags, inadequate clothing and suffering from the cold.

“They find it difficult fighting in the cold but the fighting is going on.”

He was asked if winter is having an impact with the war, Fox said, “It’s having an effect from what we see from the blogs and things we get through Telegram.

“Of course, a lot of Ukraine is freezing, it is very difficult to get domestic heating going because of the attacks on infrastructure.

“They are working around it like mad, there are lots of requests to Western suppliers across the border – Poland and Romania in particular – to get any form of domestic heating, domestic generators in.”

Defence analyst Prof Michael Clarke warned in November, “Winters in Ukraine can normally go to three or four degrees below freezing during the day.