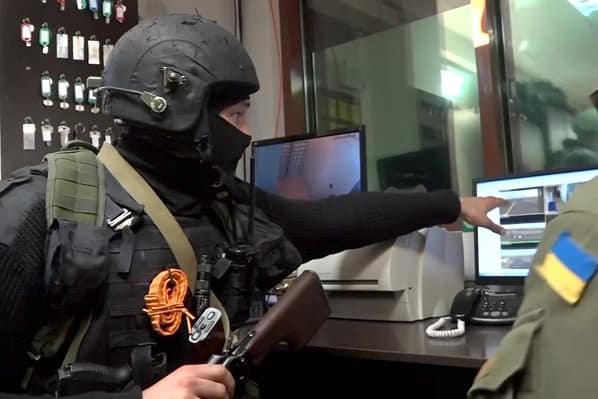 Ukrainian forces have attacked Europe’s largest Nuclear Power Plant which has been under Russian control since March.

Ukrainian forces attacked Zaporizhzhia Nuclear Power Station using “Kamikaze drones” and as yet Ukrainian officials have not made any comment over the attack.

The Russian Defence Ministry said, which was quoted by Reuters that “Ukrainian nationalist formations used two kamikaze drones to attack facilities at the Zaporizhzhia nuclear power plant – one drone was destroyed on approach to the plant.

“It was only by sheer luck that this did not lead to damage to the plant’s equipment and a man-made disaster.”

The Nuclear reactor has not been damaged and the radiation background is normal which is being constantly monitored, Vladimir Rogov, a member of the Zaporozhye Region military-civil administration, told Tass news agency.

This week Russia has also accused Ukraine creating super soldiers on “top secret experiments” where they are testing “performance enhancing drugs” making their soldiers more deadly, in a bizarre claim.

Russian officials have the Ukraine are hiding their “biolaboratories” making soldiers so viscous this is contributing to Russia’s huge losses which are most likely going to add to Moscow’s justification to continue with the conflict in Europe.

IrIrina Yarovaya, deputy chair of the State Duma, in Moscow said the Ukraine are conducting experiments in “biolabs” where they are creating more viscous soldiers.