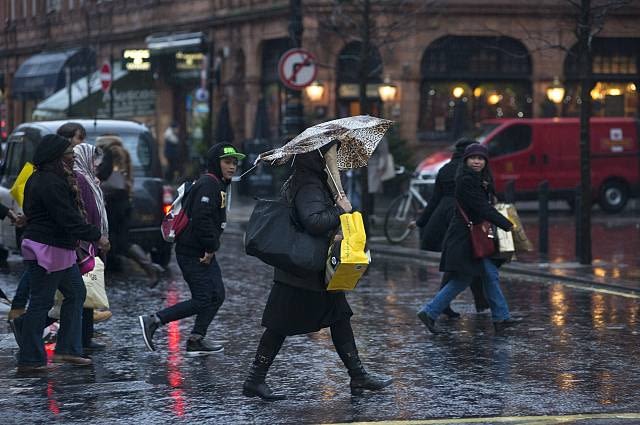 Storm Alex has made landfall across the UK bringing heavy rain with strong winds hitting 65mph. Some areas across the UK will be at risk from flooding before the of Sunday.

A yellow weather warning for rain and wind is in place across parts of Southern England, with the risk of flooding, travel delays from Cornwall to the Kent coastline.

Chief meteorologist at the Met Office, Steve Ramsdale said, “As the strong winds and rain associated with Storm Alex clear away from Britain later on Friday, another low-pressure system moves towards the UK from the east bringing further very heavy rain and strong winds to many over the weekend.”

The Environment Agency warned, “Heavy rain will bring the potential for surface water flooding and perhaps some river flooding across the south of England on Friday.

“More widespread and persistent heavy rain across much of England will bring the potential for further river and surface water flooding over the weekend.

“We urge people to stay away from swollen rivers and not to drive though flood water, it is often deeper than it looks and just 30cm of flowing water is enough to float your car.”